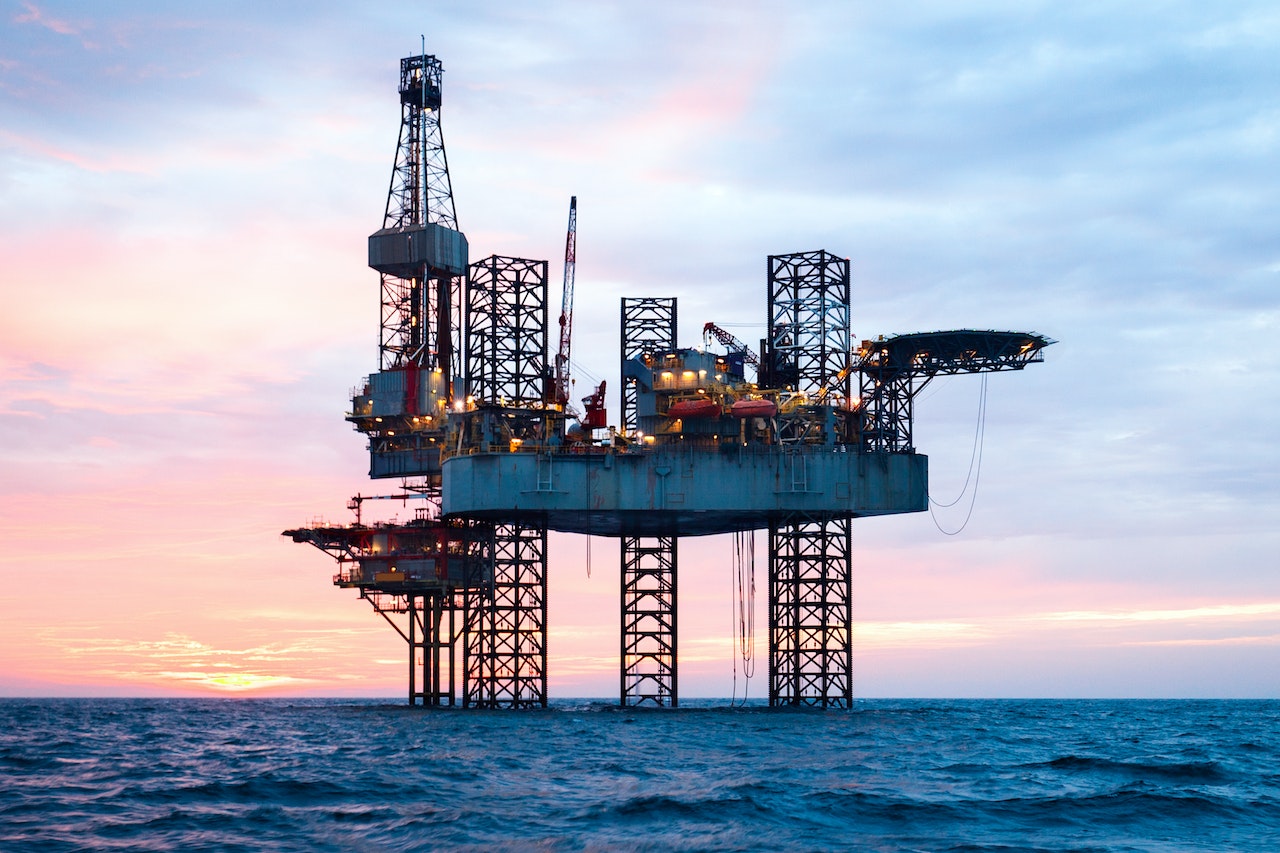 World oil markets are rebalancing after the Covid 19 crisis spurred an unprecedented collapse in demand in 2020, but they may never return to “normal”. Oil 2021, the IEA’s latest medium-term outlook, explains why.

Rapid changes in behaviour from the pandemic and a stronger drive by governments towards a low-carbon future have caused a dramatic downward shift in expectations for oil demand over the next six years. This is forcing hard decisions on oil-producing countries and companies, which are reluctant to leave resources untapped or to install new capacity that would only sit idle. Could oil demand peak sooner than expected? Or is the world heading into a supply crunch? What will the implications be for the refining industry and trade flows?

Oil 2021 tackles these questions by analysing oil market data, trends in investment and government policies. The report provides a comprehensive outlook for global supply and demand through 2026 and explores some of the challenges and uncertainties that lie ahead.
Press release
This is an extract, full report available as PDF download
Download full report

The global economy and oil markets are recovering from the historic collapse in demand caused by the coronavirus (Covid-19) pandemic in 2020. The staggering inventory surplus that built up last year is being worked off and global oil stocks, excluding strategic reserves, will return to pre-pandemic levels in 2021. And yet, there may be no return to “normal” for the oil market in the post-Covid era.

The pandemic has forced rapid changes in behaviour: from new working-from-home models to cuts in business and leisure air travel. At the same time, more and more governments are focusing on the potential for a sustainable recovery as a way to accelerate momentum towards a low-carbon future. The outlook for oil demand has shifted lower as a result of these trends, raising the prospect of a peak sooner than previously expected if governments follow through with strong policies to hasten the shift to clean energy.

These forces are creating a dilemma for oil-producing countries and companies that are reluctant to leave resources in the ground or build new capacity that could sit idle. But if this leads to a shortfall in investment, it could also have geopolitical implications and heighten the risk of supply shortages later on.

A new normal for oil markets?

Global oil demand, still reeling from the effects of the pandemic, is unlikely to catch up with its pre-Covid trajectory. In 2020, the start of our forecast period, oil demand was nearly 9 mb/d below the level seen in 2019, and it is not expected to return to that level before 2023. In the absence of more rapid policy intervention and behavioural changes, longer-term drivers of growth will continue to push up oil demand. As a result, by 2026, global oil consumption is projected to reach 104.1 mb/d. This would represent an increase of 4.4 mb/d from 2019 levels. Oil demand in 2025 is set to be 2.5 mb/d lower than was forecast a year ago in our Oil 2020 report.

All of this demand growth relative to 2019 is expected to come from emerging and developing economies, underpinned by rising populations and incomes. Asian oil demand will continue to rise strongly, albeit at a slower pace than in the recent past. OECD demand, by contrast, is not forecast to return to pre-crisis levels.

The speed and depth of the recovery is likely to be uneven both geographically and in terms of sectors and products. Gasoline demand is unlikely to return to 2019 levels, as efficiency gains and the shift to electric vehicles eclipse robust mobility growth in the developing world. Aviation fuels, the hardest hit by the crisis, are expected to slowly return to 2019 levels by 2024, but the spread of online meetings could permanently alter business travel trends.

The petrochemical industry remains a pillar of growth over the forecast period. Ethane, LPG and naphtha together account for 70% of the projected increase in oil product demand to 2026.

The Covid-induced demand shock and a shifting momentum towards investment in clean energy are set to slow the expansion of the world’s oil production capacity over our six-year forecast period. At the same time, the historic collapse in demand in 2020 resulted in a record 9 mb/d spare production capacity cushion that would be enough to keep global markets comfortable at least for the next several years.

Against this backdrop, it is hardly surprising that upstream investments and expansion plans have been scaled back. In 2020, operators spent one-third less than planned at the start of the year (and 30% less than in 2019). In 2021, total upstream investment is expected to rise only marginally.

Those sharp spending cuts and project delays are already constraining supply growth across the globe, with world oil production capacity now set to increase by 5 mb/d by 2026. In the absence of stronger policy action, global oil production would need to rise 10.2 mb/d by 2026 to meet the expected rebound in demand.

Producers from the Middle East are expected to provide half of the increase, largely from existing shut-in capacity. If Iran remains under sanctions, keeping the world oil market in balance may require Saudi Arabia, Iraq, the UAE and Kuwait – with their surplus capacity – to pump at or near record highs.

That marks a dramatic change from recent years when the United States dominated world supply growth. In the current policy environment, US production growth is set to resume as investment and activity levels pick up in tandem with rising prices. Yet any increase is unlikely to match the lofty levels of the recent past. The outlook for the tight oil industry has been tempered by an apparent shift in the business model towards spending discipline, free cash flow generation, deleveraging and cash returns for investors.

The global market still looks adequately supplied through much of the medium term. But in the absence of fresh upstream investments, the spare capacity cushion will slowly erode. By 2026, global effective spare production capacity (excluding Iran) could fall to 2.4 mb/d, its lowest level since 2016.

While the upstream sector could see its capacity cushion deflate, the refining sector is struggling with excess capacity. The Covid-19 demand shock, large scale expansions and expectations of a long‑term structural decline in demand are creating an overhang that can only be eradicated through massive closures.

A third wave of worldwide refinery rationalisation is currently underway. Global shutdowns of 3.6 mb/d have already been announced, but a total of at least 6 mb/d will be required to allow utilisation rates to return to above 80%.

Operations east of Suez are expected account for all the growth in refining activity to 2026 from 2019 levels. As a result, Asian crude oil imports are projected to surge to nearly 27 mb/d by 2026, requiring record levels of both Middle Eastern crude oil exports and Atlantic Basin production to fill the gap. The centre of gravity for refined products trade is also set to shift to Asia, resulting in the region’s oil import dependence rising to 82% by 2026.

Refining sector in the midst of third rationalisation round

A much stronger pivot towards a cleaner energy future will be required to reach ambitious mid-century goals for net-zero emissions. This will involve more concrete government policies and legislative action, as well as major behavioural changes.

Further fuel efficiency improvements, increased teleworking and reduced business travel, much stronger electric vehicle penetration and new policies to curb oil use in the power sector and more recycling will all be needed. Taken together, these actions could reduce oil use by as much as 5.6 mb/d by 2026, which would mean that oil demand never gets back to pre-crisis levels.

In our base case – which takes into account current industry plans, government policies and existing energy transition initiatives – global oil demand is forecast to rise by 3.5 mb/d between 2019 and 2025. Aligning with the World Energy Outlook’s Sustainable Development Scenario – which maps out a trajectory consistent with the climate goals of the Paris Agreement and other sustainable energy objectives – oil demand would have to decline by 3 mb/d over the same period. A pathway to net-zero emissions globally by 2050 would require an even sharper decrease.

Fast-evolving government plans to accelerate transitions towards a more sustainable future have created a high degree of uncertainty that is testing the oil industry. It is crucial to invest in the upstream sector even during rapid transitions in which it would still take years to shift global transport fleets away from internal combustion engines to electric vehicles and other low-carbon alternatives. Some sectors – such as aviation, shipping and petrochemicals – will continue to rely on oil for some time.

Whatever the transition pathway, the oil and gas industry has an important role to play, and no energy company will be unaffected. Minimising emissions from their core operations, notably methane, is an urgent priority. In addition, there are technologies vital to energy transitions that can be a match for the industry’s capabilities, such as carbon capture, low-carbon hydrogen, biofuels and offshore wind. In many cases, these can help decarbonise sectors where emissions are hardest to tackle. A number of oil and gas companies are already scaling up their commitments in these areas.

An effective and orderly transition will be critical – not only to reach international climate targets but also to prevent serious supply disruptions and destabilising price volatility along the way.

Buy data
Use of IEA data in any type of modelling for the purpose of creating derived data or derived products, and any services to distribute or display such derived products, requires a separate License Agreement with the IEA (see help centre)