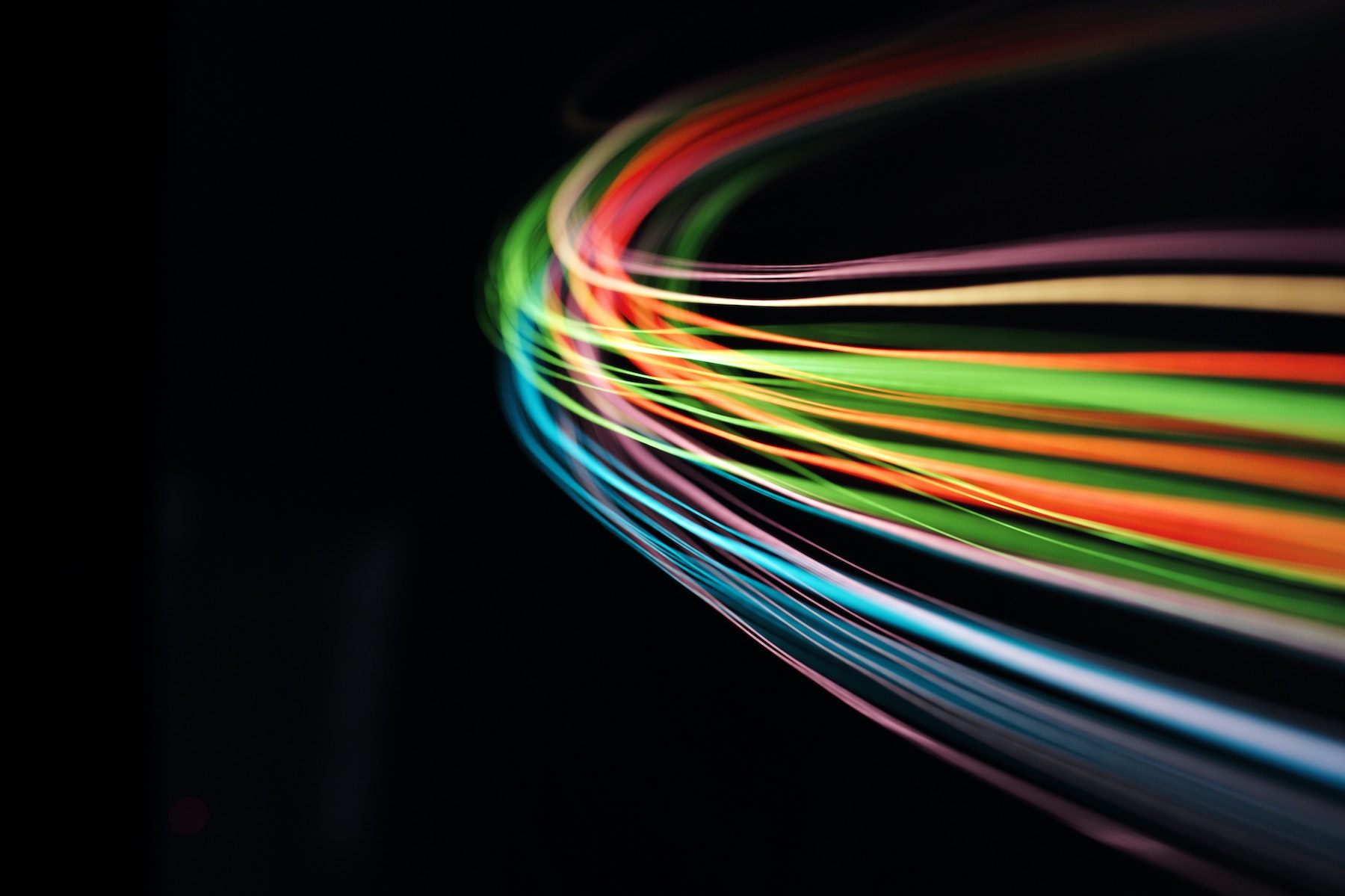 In 2019 global energy demand increased by less than half the rate of growth in 2018, well below the average rate since 2010. This deceleration was due mainly to slower global economic growth and the impact of milder weather on heating and cooling.

There was, however, significant variation across energy sources, with coal showing an absolute decline and renewables a record increase. Electricity demand grew at the slowest rate since the financial crisis. Energy efficiency continued to improve but at levels well below those needed to meet the Sustainable Development Goals. Energy-related CO2 emissions remained flat as emissions from electricity generation in advanced economies declined markedly.

Global energy demand increased by 0.9% in 2019, i.e. 120 million tonnes of oil equivalent (Mtoe), 40% the rate of growth observed in 2018. Slower economic growth and weather conditions explain most of the slowdown.

The decline in energy demand growth between 2018 and 2019 was disproportionately felt by coal and gas, while the absolute growth for other energy sources changed little. Renewables and natural gas both gained market share, with gas breaching 23% and renewables 14%.

Energy trends by fuels and technologies

Renewables underwent both the largest absolute growth and the fastest rate of growth in 2019, with their overall use increasing by 75 Mtoe or 3.7%. Wind power and solar photovoltaic (PV) power experienced another year of double-digit growth, although solar PV growth slowed. While use of renewables expanded in almost all regions, more than 40% of the global growth in electricity generation from renewables was concentrated in China.

Natural gas demand increased by 60 Mtoe, or 70 billion cubic metres (bcm), a 1.8% increase from 2018 levels. The rate of demand growth was well below the 5% increase observed in 2018 but marked a return to the average growth rate between 2010 and 2017. In contrast to 2018, when exceptional weather led to a jump in gas demand, especially in the United States and China, in 2019 milder weather was a key brake on demand growth.

Demand for oil, including biofuels, grew in 2019 by 0.8%, or 0.8 million barrels per day (mb/d), led by growth in China. Coal demand declined by 1.7%, as electricity generation from coal-fired power plants fell by the largest amount ever, with coal challenged by cheap gas prices and expanding renewables and nuclear power.

Nuclear power grew in 2019 by 3.5%, faster than in 2018 and higher than the recent historical average. The fleet of nuclear reactors in Japan had higher output in 2019 and seven large-scale reactors in China recorded their first full year of operation. As a result, global nuclear output set a record high in 2019, exceeding the level before the Fukushima nuclear accident in 2011. Taken together, low-carbon energy sources – renewables and nuclear – accounted for 80% of the net increase in energy demand in 2019.

Electricity demand increased at only a third of the rate of growth seen in 2018, as demand fell in almost all major advanced economies. Demand growth was halved in China. In India, demand fell for the first time in IEA records, owing to slower economic growth and reduced electricity use for irrigation, a result of an exceptional monsoon. Global demand growth slowed not only because of lower economic growth, but also because heating and cooling energy demand fell, energy efficiency improved. Lower electricity demand growth underpinned the global decline in coal demand.

Energy demand growth in the transport sector fell to around half of the average rate since 2010, as the slowdown in economic growth reduced freight and passenger activity. Oil demand declined in advanced economies, but these declines covered less than one-quarter of the increase from the rest of the world. Transport energy demand growth outside of advanced economies accelerated, led by China. Its oil demand growth for transport rose from 3.5% to 5%, the largest increase in recent years.

Car sales in many key markets declined. Global sales fell by 4% as a result, slowing the penetration of more efficient vehicles into the fleet. In the United States, car sales fell by 1.5%, the decline was lower for sport utility vehicles (SUVs) which continued to increase in market share, putting upward pressure on oil demand. Sales of passenger cars fell even further in China (9%) and India (12%). New vehicles in those markets are not necessarily displacing older stock, however, with the slowing in new oil demand in India due more to the slowing of the economy than to sales of more efficient cars.

While the global electric vehicle (EV) fleet continued to expand in 2019, sales grew by only 9%, a clear departure from the growth rates of the previous 6 years, and the 2018 growth rate of around 70%. This drop was a result of the slowdown in car sales in key markets and reduced policy support for EVs in China. Oil demand growth in 2019 would have been 0.1 mb/d higher without the increasing penetration of electric cars.

Regionally, China accounted for a staggering 90% of net global energy demand growth in 2019, with growth of 3.4%, as energy demand declined in almost all advanced economies. Energy demand fell most in the European Union, by 2%, and in the United States, by 0.8%. While demand in Southeast Asia grew strongly, at 3.4%, in India growth fell from 4% in 2018 to 0.9% in 2019, the lowest ever.

Many advanced economies are increasingly experiencing the benefits of energy transitions. While economic growth averaged 1.7%, total energy demand in advanced economies fell by 1% in 2019. Direct savings from energy efficiency contributed the most to this decline, followed by indirect efficiency gains arising from switching to lower-carbon sources of electricity that have lower losses in generation.

China’s demand growth of 3.4% was on par with 2018 levels despite lower economic growth. Oil accounted for the largest share of the growth in China, with gas and coal each contributing almost another fifth. Economic stimulus for manufacturing pushed up coal use in industry and oil use in freight.

Modern renewables and nuclear power continued to expand rapidly in China, however, bringing their share in the energy mix to 10%, up from 2% in 2000. China underwent the largest growth ever in low-carbon energy sources in 2019. Generation from solar PV rose by over 50 TWh and from wind by nearly 40 TWh. As a result, China now accounts for 35% of global solar PV generation and 28% of global wind generation.

Nuclear power in China is following a similar trend. Seven large-scale nuclear reactors, commissioned in late 2018, recorded their first full year of operation in 2019. China now accounts for 12% of global nuclear generation, up from only 3% in 2010.

Energy demand in India grew by 0.9% in 2019, considerably lower than the 4% average rate since 2000. Demand was held back by slower economic growth of 4.8%, down from 6.8% in 2018. The economic slowdown disproportionately hit manufacturing output, which fell markedly during the second half of 2019.

India’s sharpest changes in demand growth occurred in the power sector. Electricity demand fell in 2019 for the first time on record, as a late monsoon reduced needs for irrigation and lower economic growth reduced demand in the manufacturing sector. Lower irrigation needs also reduced demand for diesel, while the duration of the rains delayed construction projects and restricted wider economic activity.

In the United States, energy demand declined by 0.6% in 2019, pushed down by milder weather conditions and a slowdown in the economy. Fuel-switching from coal to gas accelerated, bringing coal use down by almost 15% to levels not seen since the 1960s. The continued shale gas revolution contributed to a 20% drop in gas prices, favouring the switch from coal to gas in the power sector and expanding natural gas use by 3%. Renewables grew even faster than natural gas, led by the power sector where the share of renewables in generation increased to 18%.

Energy demand in the European Union declined by 2% in 2019, as the use of coal fell 19%, driven by trends in the power sector. Oil demand also fell marginally, for three main reasons. Industrial production declined from 2018 levels. The average efficiency of the EU vehicle fleet continued to improve, albeit at a slower pace as the share of SUVs in sales continued to grow. And uptake of electric cars reduced oil demand by 15 thousand barrels a day (kb/d).

Natural gas demand in the European Union was pushed up by significant fuel switching from coal to gas, driven by a rise in average CO2 prices from EUR 15/tCO2eq to EUR 25/tCO2eq, and a decline in average gas prices of 45%. Continued improvements in energy efficiency made the biggest contribution to the decline in energy demand in 2019, while a slowdown in economic growth also curbed electricity demand.

In Japan energy demand contracted in 2019, returning to the trend of falling demand observed between 2010 and 2016. Demand has now returned to 1990 levels, when Japan’s economy was 22% smaller.

Energy efficiency improvements are the driving factor behind lower energy demand in Japan. In addition, a milder winter in 2019 and an increase in output from nuclear reactors that have recently come back on line reduced the use of coal and gas in the power sector. Gas demand declined 8% in 2019 and oil use for power generation was more than 30% lower than in 2018. Generation from renewables increased by only a third of the rate observed in 2018, with output from wind and hydro power both declining.