Uzbekistan should combine its ongoing broad energy market reforms with stronger measures to improve energy efficiency and the security of its electricity supply, according to a new policy review by the International Energy Agency.

Uzbekistan, with a fast-growing population and economy, in 2019 launched a multi-phase multi-year transition from a state-owned and subsidised energy sector to competitive gas, oil and electricity markets with significant private sector participation and cost-covering energy prices. The IEA congratulates the country for the progress made so far.

While domestic natural gas will continue to dominate Uzbekistan’s energy supply in the medium term, the government has decided to phase out gas exports by 2025 and direct its gas resources towards expanding petrochemicals production. At the same time, Uzbekistan plans to harness its significant but largely unexploited solar and wind potential to help build a cleaner power sector to 2030.

While energy use per capita is low, the country’s economy is one of the most energy-intensive in the world, partly because it still retains some of the highest levels of implied energy subsidies. Uzbekistan has massive room to improve energy efficiency, and the new report strongly encourages the government to recognise that greater efforts to use energy more productively can benefit the economy, reduce pollution and create jobs. The report recommends the rapid adoption of the laws, mandates and incentives needed to realise this efficiency potential.

The new IEA report proposes several ways to support Uzbekistan in its energy market reform. The gradual transition to competitive markets and withdrawal of subsidies should be accompanied by support measures for those most in need. For the reform to succeed, an independent and well-resourced energy regulator is also necessary. Furthermore, the debts of state-owned energy companies must be addressed and their finances put on more solid footing.

Successful electricity and gas market reforms would also attract new entrants and investment in the renewable electricity sector. Uzbekistan has recently started to develop its world-class potential for solar and wind power. The IEA welcomes the government’s plans to raise the share of renewable energy in total electricity supply from 10% in 2020 to 25% in 2030 . Solar power is covered in more detail in another recent publication by the IEA EU4Energy Programme, Solar Energy Policy in Uzbekistan: A Roadmap (March 2022).

Electricity demand is set to double by 2030, according to government estimates. Responding to the growing demand and increasing share from variable solar and wind energy will require strengthening the power system. In the past two years, Uzbekistan and its Central Asian neighbours have experienced several blackouts in their interconnected power system. The IEA urges the government to address concerns over electricity security without delay. The power system infrastructure, which largely dates from the Soviet era, urgently needs to be expanded and modernised, and comprehensive electricity security plans and protocols developed, adopted and enforced.

This report is intended to help guide Uzbekistan towards a more secure, sustainable and efficient energy future. It proposes several ways to support the government in its reform efforts. 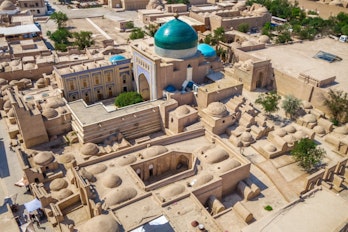