The already sluggish pace of global progress on energy efficiency is set to slow further this year as a result of the economic impacts of the Covid-19 crisis, deepening the challenge of reaching international energy and climate goals and making stronger government action critical, according to a new report by the International Energy Agency.

Global primary energy intensity – a key indicator of how efficiently the world’s economic activity uses energy – is expected to improve by less than 1% this year, the weakest rate since 2010, according to Energy Efficiency 2020, the latest edition the IEA’s annual update on efficiency trends. This is well below the level of progress needed to achieve the world’s shared goals for addressing climate change, reducing air pollution and increasing access to energy.

The disappointing trends are being exacerbated by a plunge in investments in energy-efficient buildings, equipment and vehicles amid the economic crisis triggered by the pandemic, the report finds. Purchases of new cars, which are more efficient than older models, have slowed, while construction of new, more efficient homes and other buildings is also expected to decelerate. In industry and commercial buildings, lower energy prices have extended payback periods for key efficiency measures by as much as 40%, reducing their attractiveness compared with other investments. Overall, investment in energy efficiency worldwide is on course to fall by 9% in 2020.

“Together with renewables, energy efficiency is one of the mainstays of global efforts to reach energy and climate goals. While our recent analysis shows encouraging momentum for renewables, I’m very concerned that improvements in global energy efficiency are now at their slowest rate in a decade,” said Dr Fatih Birol, the Executive Director of the IEA. “For governments that are serious about boosting energy efficiency, the litmus test will be the amount of resources they devote to it in their economic recovery packages, where efficiency measures can help drive economic growth and job creation.”

Improvements in energy efficiency can contribute around half of the reduction in energy-related greenhouse gas emissions that is required over the next two decades to put the world on a path to meeting international energy and climate goals, according to IEA analysis. But short-term trends resulting from the Covid-19 crisis are slowing improvements in the energy intensity of the global economy, meaning that every unit of economic output uses more energy than it would do otherwise. This is mainly because energy-intensive industries, such as metals manufacturing and chemicals, appear to have been less severely affected by the crisis than other, less intensive parts of the economy.

The stimulus packages governments are introducing as part of their economic recovery plans will heavily influence future efficiency trends. They have the potential to drive investments and structural changes that can reduce energy intensity across all sectors of the economy. More than 60% of the funding for energy efficiency-related measures in stimulus packages announced by governments to date has focused on either the buildings sector or on accelerating the shift to electric vehicles, including new vehicle charging infrastructure.

Many opportunities remain untapped, however, with IEA tracking revealing a spending imbalance across sectors. No announcements have been made to increase the penetration of super-efficient appliances, while spending on vehicle efficiency beyond electric vehicles is minimal to date. The planned spending is also imbalanced on a regional basis, with announcements from European countries dwarfing those from other parts of the world. Announced spending in Europe accounts for 86% of global public stimulus announcements for efficiency, with the remaining 14% split between the Asia-Pacific region and North America.

“We welcome plans by governments to boost spending on energy efficiency in response to the economic crisis, but what we have seen so far is uneven and far from enough,” said Dr Birol. “Energy efficiency should be at the top of to-do lists for governments pursuing a sustainable recovery – it is a jobs machine, it gets economic activity going, it saves consumers money, it modernises vital infrastructure and it reduces emissions. There’s no excuse not to put far more resources behind it.”

Spending on efficiency-related stimulus measures announced by governments worldwide to date is set to generate almost 2 million full-time jobs between 2021 and 2023, according to IEA analysis, mostly in the buildings sector and mainly in Europe. However, the IEA’s Sustainable Recovery Plan suggests further recovery efforts related to energy efficiency could create another 4 million jobs globally through enhanced public and private sector investment in buildings, transport and industry.

Energy Efficiency 2020 is the latest edition of the IEA’s annual update on global developments in energy efficiency. Through analysis of energy data, policies and technology trends, it provides a comprehensive view of energy efficiency trends worldwide. 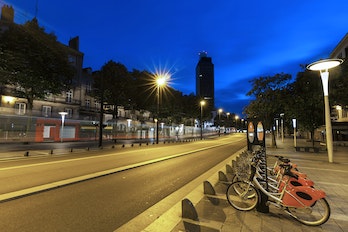