IEA (2020), The Netherlands’ Effort to Phase Out and Rationalise its Fossil-Fuel Subsidies, IEA, Paris https://www.iea.org/reports/the-netherlands-effort-to-phase-out-and-rationalise-its-fossil-fuel-subsidies

At the request of the government of the Netherlands, the OECD and the IEA helped facilitate a national review of fossil-fuel subsidies in consultation with other stakeholders.

This report summarises the key aspects of the Netherland’s energy system, analyses support measures relating to fossil fuels and provides policy recommendations to the government.
This is an extract, full report available as PDF download
Download full report

The Netherlands, as an Invited Guest Country under G20 presidencies, looked to apply the peer review framework to evaluate its own fossil-fuels subsidies and identify opportunities for reform. The Netherlands requested that the OECD and the IEA, with their long-standing record of tracking and analysing fossil-fuel subsidies and their experience in the G20 peer reviews, facilitate the review process, in consultation with other stakeholders.1

As part of its budgetary planning process, the government of the Netherlands conducts periodic policy evaluations of its tax expenditures and subsidy programmes. This review complements the government’s efforts to cast light on the state of fossil-fuel subsidies and their relevance for the broader energy, climate and fiscal policies in the country. In support of this review the government of the Netherlands produced a self-report (NSR) identifying 13 individual fossil-fuel subsidy measures in the form of tax exemptions or reductions, benefitting both the production and consumption of fossil fuels. Together, they amount to at least EUR 4.48 billion of revenue forgone for the government. While no subsidies were put forth for reform in the NSR, the government views this review process as part of its commitment to better align its policies with its climate and energy-transition objectives and to “green” its tax system. This report will be used to inform the government’s response to questions from Parliament concerning fossil-fuel subsidies and the potential need for reforms.

In this peer review, the Netherlands chose to maintain a broad definition of fossil-fuel subsidies that extends beyond a narrow definition of “subsidies” whereby government budgetary transfers are used to directly affect prices. The scope of the review accounts for both direct budgetary transfer and tax measures that result in government revenue forgone. Tax-related measures are the main mechanism through which the government of the Netherlands delivers support to fossil fuels. Several exemptions and reductions are granted to energy-intensive industries and other energy-consumer groups. Although the burden sharing between households and companies has changed recently, energy taxes in the Netherlands are still very degressive, translating into a heavier tax burden on households and other small-scale energy consumers. The review team notes that the inclusion of the degressive energy tax structure in the NSR is an important step towards assessing the efficiency of this policy design and identifying avenues for reform.

The review team notes also the centrality of the EU Energy Tax Directive (ETD) – a framework legislation that harmonises energy taxes in the EU to ensure the well-functioning of the Single Market – in deciding the scope of fossil-fuel subsides in the Netherlands. preferential tax treatment to different sectors will depend on a concerted EU effort and better alignment of tax policy with the EU’s Emission Trading System (ETS). As some of these measures are mandatory under the EU ETD, they are not included in tax expenditures reports of the Netherlands and therefore not subjected to the periodic evaluation process. The review team encourages the government of the Netherlands to include these measures in its tax expenditure reporting.

A main reason the government of the Netherlands invoked for maintaining low effective tax rates on energy-intensive users is to provide an international level playing field for their domestic industries and reduce the risk for carbon leakage. The low tax rates levied on larger energy consumers and the tax benefits provided to industrial users imply relatively lower energy prices for natural gas than for other IEA country industrial users, including neighbouring EU states. The review panel suggests that the government of the Netherlands continue to assess the sectors that are most at risk of carbon leakage in order to better target its subsidy programmes and identify alternative measures. The carbon levy that will be introduced in 2021 for reducing industrial emissions is a welcomed effort towards aligning carbon prices with climate objectives.

Government support for fossil fuels extends beyond measures provided through lower taxation on energy use. While production from the Groningen natural gas field will be phased out by mid-2022, a recent increase in the investment allowance from 25% to 40% has been granted to promote production from other fields. Other incentives to the upstream oil and gas sector were not covered in the NSR and the review team recommends that the government of the Netherlands broaden the scope of production subsidies it considers for its period policy evaluations.

By undertaking a peer review of their fossil-fuel subsidies, the government of the Netherlands is taking an important step to promote the transparency of public policies and government budgets and foster a greater accountability of its use of public resources. This peer review also answers to the European Commission recommendation requesting its Member States to “list all energy subsidies, including in particular for fossil fuels, and actions undertaken as well as plans to phase them out” in their respective National Climate and Energy Plans (NECPs). The Netherlands draft NECP stated that the country does not have any subsidies for the consumption of energy from fossil fuels, but that some exemptions to energy taxation and lower rates may actually result in higher consumption of fossil fuels. The finalised NECP was delivered to the European Commission at the end of 2019. It expands the scope of fossil-fuel subsidies and specifically refers to this report as an input for formulating Dutch policy on fossil-fuel subsidies. Another step towards more transparency is the recent Netherlands report under the Extractive Industries Transparency Initiative.2

The planned 2020 evaluation of energy taxation is an opportunity for the Netherlands to identify reform options. When doing so, the government is encouraged to maintain a broad interpretation of tax and nontax provisions that support the use and production of fossil fuels, including those that fall under the purview of the EU ETD. In particular, incentives to the production of fossil fuels should be examined as part of the evaluation of energy taxes to build a more complete picture on how government support measures influence both the demand and supply of fossil fuels and the accumulation of long-lived carbon-intensive capital.

The OECD and IEA has been supporting the commitments that countries’ leaders made under the G20, APEC, and G7 to “phase out and rationalize over the medium term inefficient fossil fuel subsidies that encourage wasteful consumption.” OECD support includes the periodic release of the Inventory of Support Measures for Fossil Fuels, which uses data obtained from government sources to produce estimates of budgetary transfers and tax expenditures used to support fossil-fuel production and consumption. The OECD is chairing the peer reviews of fossil fuel subsidies under the auspices of the G20. IEA support includes annual country-by-country estimates of global fossil-fuel consumption subsidies and analysis of the impacts of pricing reforms. 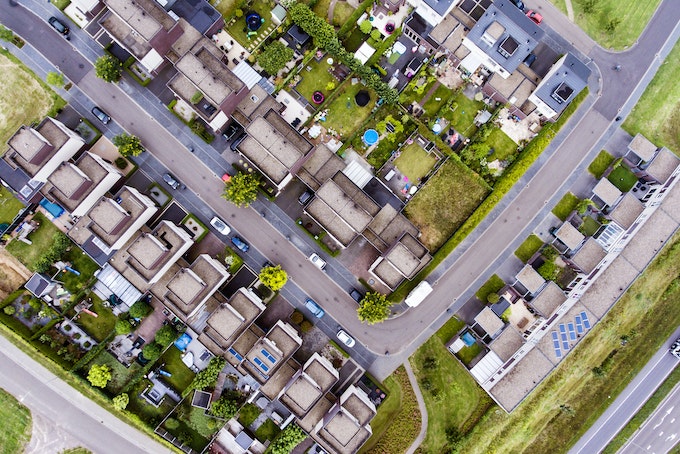