This analysis is part of a series from our new report, Technology and innovation pathways for zero-carbon-ready buildings by 2030, and provides the strategic vision of experts from the IEA Technology Collaboration Programmes (TCPs) on how to help achieve some of the most impactful short-term milestones for the buildings sector outlined in the IEA’s Net Zero by 2050 Roadmap; each report’s title reflects one of these milestones. Learn more about the report and explore the TCPs.

High-efficiency electric heat pumps are the primary technology driving reduced emissions from heating in the buildings sector in the Net Zero Emissions by 2050 Scenario (NZE Scenario). The number of heat pumps installed globally rises from 180 million in 2020 to around 600 million in 2030. At least three times more efficient than traditional fossil fuel boilers, installation of heat pumps in individual buildings are forecast to rise from 1.5 million per month currently to around 5 million by 2030.

The fast ramp-up of heat pumps facilitates a complete phase-out of new fossil fuel boilers by 2025 – a key milestone in the NZE Scenario. Heat pumps in combination with energy storage can absorb fluctuations in variable renewable generation, which will enable around 40% of electricity to be produced by solar PV and wind power by 2030. The renovation of the existing buildings stock to the zero-carbon-ready level also enables heat pumps to operate even more efficiently in this segment.

Heat pumps are much more energy-efficient than other renewable and conventional buildings technologies, including low-emission hydrogen and biomass boilers. Once installed and operated properly, one unit of electricity used by a heat pump delivers three to five units of heat on average over the heating season. By contrast, one unit of electricity used by an electrolyser to produce hydrogen, which is then combusted, results in 0.6-0.8 units of heat. The efficiency of a high-efficiency biomass boiler is around 0.9 units. The efficiency of heat pumps has increased steadily over the past decades due to research, competition, minimum efficiency performance standards (MEPS) and energy labelling schemes. Moreover, heat pumps are multi-service providers since they can deliver heating, cooling and dehumidification needs. Different types of heat pumps suit different applications and regions. There are air-to-air, air-to-water, hot water and ground source heat pumps (geothermal). Enhanced design can improve their efficiency even further. For instance, the seasonal energy efficiency can reach 500% to 1000% in commercial buildings for both heating and cooling demand.

Heat pumps can also contribute to meeting national targets for the share of renewable energy in the mix. When coupled with building-integrated PV or powered with off-site renewable electricity, they are a fully renewable solution, making electrification an important lever to phase out fossil fuels. Heat pumps can already be integrated at the district and urban levels. Smart thermostats and active controls can unleash their demand-side response potential and help achieve higher shares of variable renewables in the grid.

In several regions, heat pumps already have a considerable market share due to their beneficial total life-cycle cost, especially in the Nordic European countries (e.g. Norway, Sweden, Denmark and Finland), but also in France. In Sweden, 29% of the heating demand in buildings is covered by heat pumps and the corresponding figure for Finland is 15%. In other regions (e.g. parts of the United States and Japan), heat pumps already represent a large share of the heating markets since they can also fulfil demand for cooling. In Japan, a reversible air conditioner is usually the only space heating appliance due to moderate heating demand in comparison to cooling needs. In the United States, about 40% of new single-family homes are heated by heat pumps. In these countries, the market and the value chains are well developed, and end-user awareness and acceptance are both high. In several other countries, the market share is significant for newly-built houses because heat pumps are often the best option to meet energy performance standards set by new building regulations.

Even though the overall penetration is growing, heat pumps are still a rather rare solution for replacing existing heating systems due to higher upfront costs or lack of awareness and know-how among installers and designers. In such countries, purchasing heat pumps is sometimes incentivised and promoted, such as in in Germany, Italy, United Kingdom, United States and the People’s Republic of China (hereafter ‘China’). To increase end-user awareness and acceptance, some programmes include financial incentives but also education on the benefits of heat pumps for consumers.

Heat pumps are a well-working and mature technology. However, technology and system improvements are needed to integrate them and use their full potential in the net zero emissions energy systems. Heat pump system efficiency and their impact can be improved with smart system integration together with PV, energy storage, control, and e-mobility. In some situations, heat pumps capability to operate flexibly could be more important than reaching top level efficiency.

In the ongoing global energy crise, heat pumps have been identified as a solution to strengthen energy security. In Europe, the REPowerEU plan presented by the Commission suggests doubling of the deployment rate of heat pumps within the coming years in order to reduce the dependence on Russian natural gas. In the United States, heat pumps have been identified as a prioritised technology in the Defence Production Act (DPA) for the country to take ownership of its clean energy independence.

One of the main challenges for the technology is the higher upfront costs compared to fossil-fuel-based heating options. In some regions, this can be compensated for with lower running costs and beneficial total life-cycle costs. Profitability of heat pumps compared to their fossil fuel alternatives is in fact also linked to prices of oil, gas, coal and electricity, which have been at record levels since Russia’s invasion of Ukraine, making their use particularly attractive now. Their competitiveness also depends on the electricity generation mix as well as on how different fuels are taxed and subsidised. Taxes and subsidies should reflect prioritisation of heat pumps (e.g. fees linked to higher saturation of renewable energy sources to be shifted from electricity prices to fossil fuel prices). In comparison to other zero emission technologies, heat pumps are many times, although not always, the most cost-effective alternative on a life-cycle basis.

Beyond economic reasons, challenges are linked to space restrictions or dimensioning of the heating distribution system, and in some cases replacing radiators with larger units since the efficiency of a heat pump is dependent on the temperature of the radiators and thereby on their size. To this extent, the roll-out of heat pumps goes well with renovation plans for the least performing buildings since this might lead to lower distribution temperatures to satisfy the heat demand, allowing operating heat pumps at higher efficiency levels. However, efficiency of heat pumps should and could still be improved, especially for the coldest outdoor temperatures.

Another challenge could be related to permits to install external units, both for sound and visual reasons.

In addition, even though heat pumps are well known and adopted by end users in some mature markets, the awareness and acceptance are low in many other countries. To be able to multiply the number of heat pumps installed each month, the manufacturers need to scale up deliveries and installers need to be trained in sufficient numbers and quality. The responsibility for this should be shared between the public and private sector. Public authorities should support and encourage reskilling and upskilling of the workforce (including installers, planners, architects, engineers and entrepreneurs) and encourage training schemes organised by the private sector. 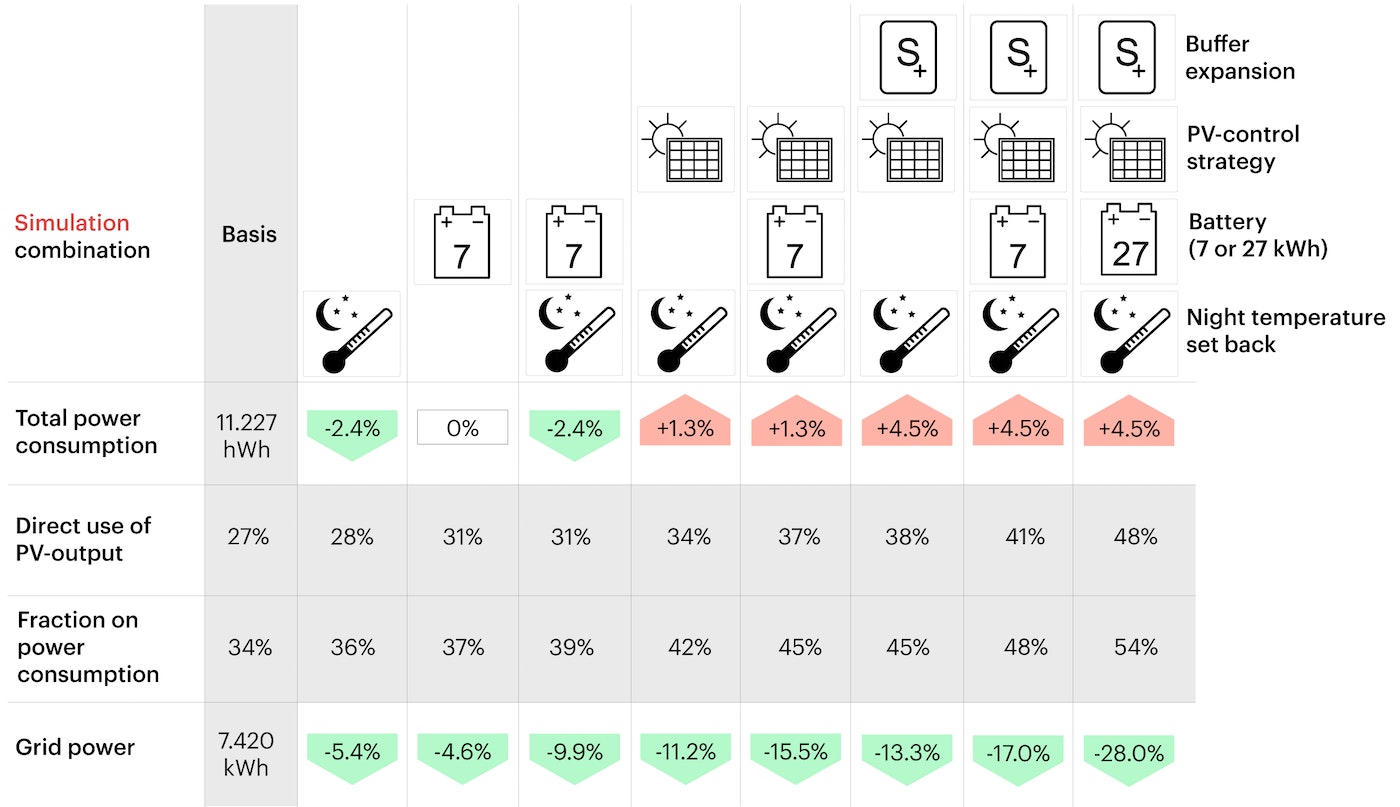