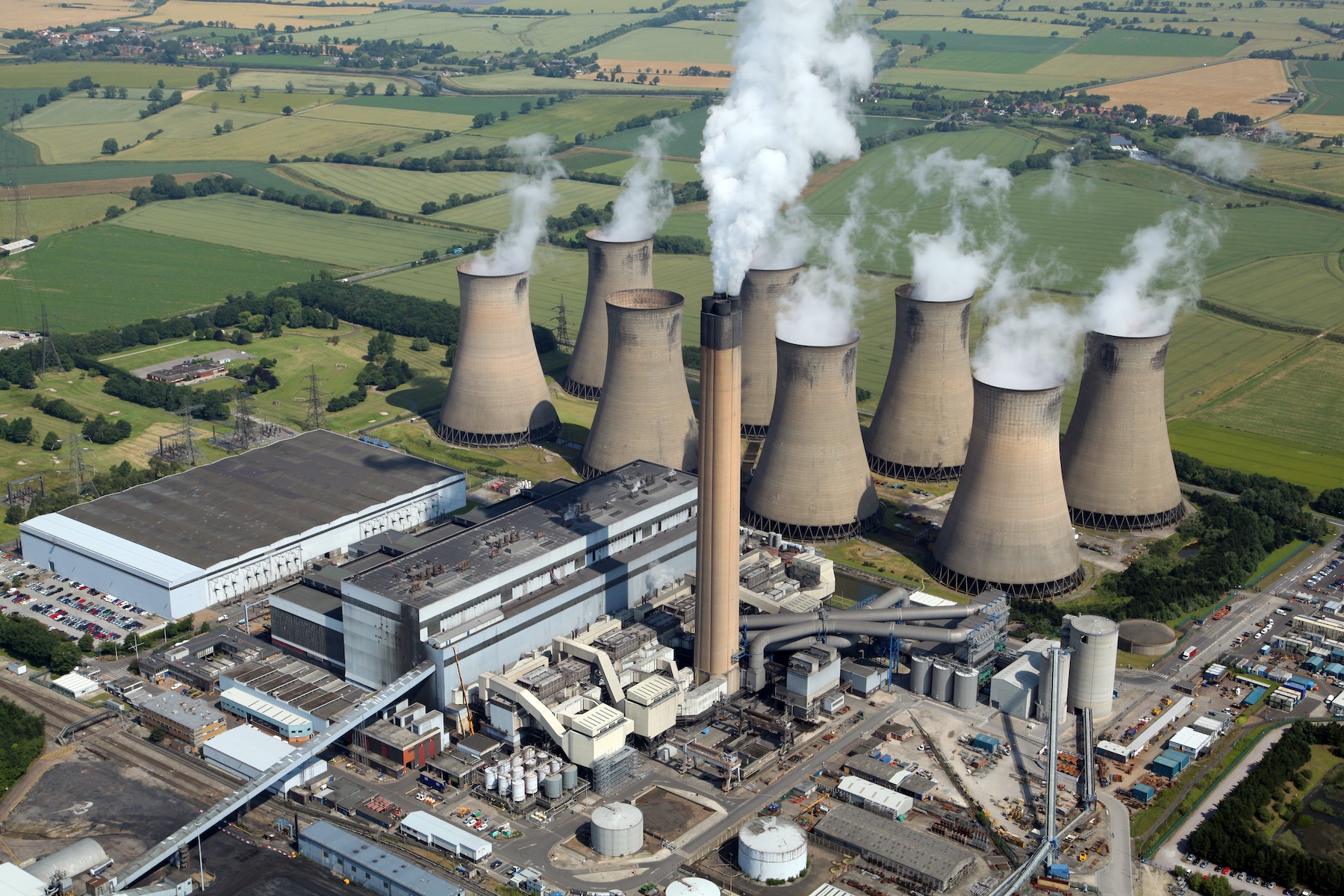 Global coal-fired generation reached an all-time high in 2021, pushing CO2 emissions from coal power plants to record levels. Despite increased calls from governments and the private sector to phase down or transition away from coal, it accounted for over one-third of total electricity generation. These trends are not on track with the Net Zero Emissions by 2050 Scenario, which calls for an annual average 9% reduction in unabated coal-fired generation between 2022 and 2030 and a complete phaseout by 2040.

In 2021 CO2 emissions from coal-fired power plants rose to a record 9.7 Gt, representing an increase of nearly 6.6% from the previous year and more than 100 Mt above their previous peak in 2018. Without the supply constraints and high prices that affected China and India during certain periods of the year, global coal use for electricity generation in 2021 would have been even higher.

Given that no new coal plants have been fitted with carbon capture, utilisation and storage (CCUS), the only emission reductions are from efficiency gains. Some efficiency gains have been reported in China, though the increase is limited to around 0.2%.

To get on track with the Net Zero by 2050 Scenario, an annual average reduction of emissions from coal-fired power plants of around 8% is needed through to 2030.

In 2021 coal-fired power generation reached an all-time high, increasing by 8% and reversing the declining trend over the past two years. Coal served more than half of the additional power demand in 2021, growing in absolute terms faster than renewable energy for the first time since 2013.

The recourse to coal-fired electricity generation in 2021 was compounded by record high natural gas prices. The costs of operating existing coal plants across US and many European power systems were considerably cheaper than the operating costs of gas-fired power plants for the majority of 2021. Compared with 2020, coal-fired power plant emissions increased by around 16% in the United States and by 20% in the European Union. In India, coal-fired generation reached an all-time high, increasing by 13% above 2020 levels. This was in part due to strong demand growth and because the growth in renewables slowed to one-third of its average rate of the previous five years.

As a result, coal's share of total global generation rebounded above 36%. This is not on track with the Net Zero by 2050 Scenario, which calls for immediate reductions and a decline in unabated coal‐fired generation of about 55% by 2030.

Russia's invasion of Ukraine and the ongoing energy crisis have forced the European Union and individual countries to take measures to reduce import dependency on Russia. Coal-fired production limits have been relaxed in France and the Netherlands. Phase-out delays and the temporary reopening of idle plants are being discussed and/or have been approved in Greece, Italy, the United Kingdom, Germany and Austria.

Since the Paris Agreement entered into force in 2016, 21 countries have set phase-out dates before 2040 for unabated coal-fired electricity generation. As of the end of 2021, four countries had already completed their phase-outs: Belgium (2016), Austria (2020), Sweden (2020) and Portugal (2021). Of the 17 remaining countries, 12 are from the European Union and the others are Canada, Chile, Israel, the United Kingdom and New Zealand. These countries accounted for only 3% of global coal power generation in 2021, and almost half of that came from Germany. However, recent energy security concerns brought on by Russia's invasion of Ukraine have caused some European countries (Austria, France, the United Kingdom and Germany) to temporarily turn to coal-fired power.

In the European Union, the Just Transition Mechanism comprises over USD 20 billion for a fair transition towards a climate-neutral economy, to support economic diversification and assist affected areas and workers. Germany designed a similar regional support programme offering compensation for losses faced by workers and companies, and also has a mechanism that offers tenders compensating plant owners in exchange for retiring coal capacity. In the United States, regulators have allowed accelerated depreciation schedules, backed by ratepayers, to support faster cost recovery for some coal assets.

At the UN Climate Change Conference COP26 in November 2021, a coalition of 45 countries plus the European Union, 5 subnational governments and 26 organisations signed a Global Coal to Clean Power Transition Statement, acknowledging coal power generation as the single biggest contributor to climate change.

The statement includes four commitments, one of which is to scale up technologies and policies to transition away from unabated coal-fired power generation in the 2030s in major economies (or as soon as possible thereafter) and in the 2040s globally (or as soon as possible thereafter). The signatories include 23 countries without any pre-existing phase-out commitment, among them major coal users such as the Philippines, Poland, South Korea and Viet Nam. In total, the signing parties accounted for 12% of global coal-fired electricity in 2021.

A group of 25 countries and public finance institutions signed a UK-led statement committing to ending international public support for the unabated fossil fuel energy sector by the end of 2022. According to the UNFCCC, this could collectively shift an estimated USD 17.8 billion a year in public support away from unabated fossil energy. Additionally, several banks and financial institutions made commitments at COP26 to end the financing of unabated coal.

This announcement came shortly after similar pledges by China, Japan, Korea and the G20 to end the provision of international public finance for new unabated coal power generation abroad by the end of 2021.

To help finance some of these efforts, the governments of South Africa, France, Germany, the United Kingdom and United States, along with the European Union, announced the Just Energy Transition Partnership (JETP) to support the decarbonisation of South Africa's coal-intensive economy. The JETP will mobilise an initial commitment of USD 8.5 billion, primarily focused on decarbonising the electricity sector.

Efforts to address emissions from the existing coal-fired power plant fleet, including those from the large, young fleet in emerging market and developing economies, are essential for reaching net zero goals. Governments and industry should consider a three-pronged approach in order to stay on track with the phase-out of unabated coal plants by 2040:

Phasing down and ultimately replacing coal in electricity systems in a secure and affordable manner requires a number of regulatory and operational changes, including actions to tap a wider set of smaller and more distributed sources for grid services.

Governments can accelerate CCUS deployment at coal-fired power plants through targeted policies such as a carbon price, grant funding for CCUS projects and tax incentives. In addition, increased funding for large-scale demonstration projects can help drive down costs and increase capture rates. Simultaneous support for CO2 transport and storage infrastructure is also vital, and governments can play a key role in identifying and funding strategic CO2 transport networks and storage sites.

Given the dependence of a number of countries and regions on coal, the closure of power plants could have significant economic and social consequences. Coal-dependent regions are often highly specialised “mono-industry” areas, where the economy and the local identity are closely tied to the coal value chain.

Governments should manage closures appropriately and successfully by planning for the impacts on affected workers and communities by facilitating early dialogue with affected stakeholders and establishing the right financial mechanisms to ensure a just transition.

Ammonia, which does not emit CO2 when burned, is an alternative fuel to reduce emissions from coal-fired power plants. In order to get on track with the Net Zero Scenario, the private sector should begin evaluating co-firing opportunities and conducting small-scale ammonia co-firing tests, with an eye towards commercial plant application in the coming years.

Meanwhile, co-firing sustainable bioenergy can allow coal-fired power facilities to continue contributing to flexibility and capacity adequacy while reducing CO2 emissions. However, the biomass feedstocks used must be considered sustainable to ensure a net CO2 emissions reduction from co-firing.