Spain has made considerable progress towards its goal of reaching net zero emissions by 2050, but future gains need to be supported by stable policies, adequate public financing and incentives for private investment, according to a new policy review by the International Energy Agency.

Since the IEA’s last in-depth review in 2015, Spain has solved a long-standing problem of electricity and gas tariffs not covering costs, and has closed all its coal mines, allowing the country to prioritise the issue of climate change and align its goals with EU objectives and ambitions.

Spain’s 2050 objective for national climate neutrality calls for renewables to provide 100% of electricity and 97% of the total energy mix. The country’s energy policies are centred on massive deployment of renewable energy, energy efficiency, electrification and renewable hydrogen.

While the share of renewables in the electricity sector has risen, the report finds Spain’s total energy mix is still heavily dominated by fossil fuels. Notably, the transport, industry and buildings sectors all have considerable work ahead of them to meet the country’s targets for renewables penetration and decarbonisation.

At the same time, Spain has emphasised the importance of ensuring a just transition to ensure that communities in traditional energy regions and sectors, notably coal mining, are not left behind by the changes.

“Under the direction of Minister Teresa Ribera, Spain has shown strong leadership on clean and equitable energy transitions,” said Fatih Birol, the IEA Executive Director, who is launching the report today with Ms Ribera, Spain’s Fourth Vice President of the Spanish Government and Minister for the Ecological Transition and the Demographic Challenge. “Spain has major renewable energy resources that can drive the transformation of its energy system and help realise its ambitious goals.”

The IEA report notes that Spain is progressing toward its 2030 targets, especially in the electricity sector. After a slump between 2013 and 2018 due to a lack of financial incentives, investments in renewables took off again starting in 2019. The share of renewables in the national electricity mix grew from 33% in 2010 to 44% in 2020.

The government aims to expand renewables installations in homes and businesses, as well as promote the use of renewables for industry and heating. It also intends to support the production of advanced biofuels, renewable gases, and hydrogen.

Spain’s energy sector will look completely different once its plans and strategies have been fully implemented, with fossil fuels no longer dominant and end-user sectors mostly electrified. As is the case everywhere, a system underpinned by variable renewable generation will require new forms of back-up and flexibility to ensure energy security.

The changes also bring opportunities, particularly greater integration of a clean energy system across sectors, as well as new jobs.

“The foundations for Spain’s energy system transformation will be laid this decade. Notably, the current economic recovery from the Covid-19 crisis presents Spain with an important opportunity to frontload clean energy investments over the next year three years,” said Dr Birol. “I hope this report will help Spain navigate its path toward a clean and efficient energy system and a net zero future.” 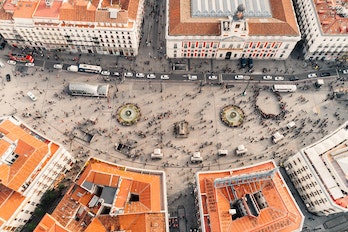