Global energy investment is set to increase by 8% in 2022 to reach USD 2.4 trillion, with the anticipated rise coming mainly in clean energy, according to a new report by the International Energy Agency. Although encouraging, the growth investment is still far from enough to tackle the multiple dimensions of today’s energy crisis and pave the way towards a cleaner and more secure energy future.

The fastest growth in energy investment is coming from the power sector – mainly in renewables and grids – and from energy efficiency, according to the IEA’s World Energy Investment 2022 report. The rise in clean energy spending is not evenly spread, however, with most of it taking place in advanced economies and China. And in some markets, energy security concerns and high prices are prompting higher investment in fossil fuel supplies, most notably on coal.

“We cannot afford to ignore either today’s global energy crisis or the climate crisis, but the good news is that we do not need to choose between them – we can tackle both at the same time,” said IEA Executive Director Fatih Birol. “A massive surge in investment to accelerate clean energy transitions is the only lasting solution. This kind of investment is rising, but we need a much faster increase to ease the pressure on consumers from high fossil fuel prices, make our energy systems more secure, and get the world on track to reach our climate goals.”

Clean energy investment grew by only 2% a year in the five years after the Paris Agreement was signed in 2015. But since 2020, the pace of growth has accelerated significantly to 12%. Spending has been underpinned by fiscal support from governments and aided by the rise of sustainable finance, especially in advanced economies. Renewables, grids and storage now account for more than 80% of total power sector investment. Spending on solar PV, batteries and electric vehicles is now growing at rates consistent with reaching global net zero emissions by 2050.

Tight supply chains are also playing a large part in the headline rise in investment, though. Almost half of the overall increase in spending is a reflection of higher costs, from labour and services to materials such as cement, steel and critical minerals. These challenges are deterring some energy companies from picking up their spending more quickly.

From a low base, there is rapid growth underway in spending on some emerging technologies, notably batteries, low emissions hydrogen, and carbon capture utilisation and storage. Investment in battery energy storage is expected to more than double to reach almost $20 billion in 2022.

However, despite some bright spots, such as solar in India, clean energy spending in emerging and developing economies (excluding China) remains stuck at 2015 levels, with no increase since the Paris Agreement was reached. Public funds to support sustainable recovery are scarce, policy frameworks are often weak, economic clouds are gathering, and borrowing costs are rising. All of this undercuts the economic attractiveness of capital-intensive clean technologies. Much more needs to be done, including by international development institutions, to boost these investment levels and bridge widening regional divergences in the pace of energy transition investment.

Another warning sign comes in the form of a 10% rise in investment in coal supply in 2021, led by emerging economies in Asia, with a similar increase likely in 2022. Although China has pledged to stop building coal-fired power plants abroad, a significant amount of new coal capacity is coming onto the Chinese domestic market.

Russia’s invasion of Ukraine has pushed up energy prices for many consumers and businesses around the world, hurting households, industries and entire economies – most severely in the developing world where people can least afford it. Some of the immediate shortfalls in exports from Russia need to be met by production elsewhere, notably for natural gas, and new LNG infrastructure may also be required to facilitate the diversification of supply away from Russia. While oil and gas investment is up 10% from last year, it remains well below 2019 levels.

Overall, today’s oil and gas spending is caught between two visions of the future: it is too high for a pathway aligned with limiting global warming to 1.5 °C but not enough to satisfy rising demand in a scenario where governments stick with today’s policy settings and fail to deliver on their climate pledges.

Today’s high fossil fuel prices are generating pain for many economies but are also generating an unprecedented windfall for oil and gas producers. Global oil and gas sector income is set to jump to $4 trillion in 2022, more than twice its five-year average, with the bulk of it going to major oil and gas exporting states.

Clean energy technologies require a host of critical minerals, and for the first time the World Energy Investment report includes a detailed review of investment trends for critical minerals. Higher and more diversified investment is needed to curb today’s price pressures and create more resilient clean energy supply chains. Worldwide exploration spending rose 30% in 2021, with the increase in the United States, Canada and Latin America offering the prospect of more diversified supply in the years ahead.

The report focuses on some important features of the new investment landscape which are already visible, including the energy security lens through which many investments are now viewed, widespread cost pressures, the major boost in revenues that high fuel prices are bringing to traditional suppliers, and burgeoning expectations in many countries that investments will be aligned with solutions to the climate crisis. 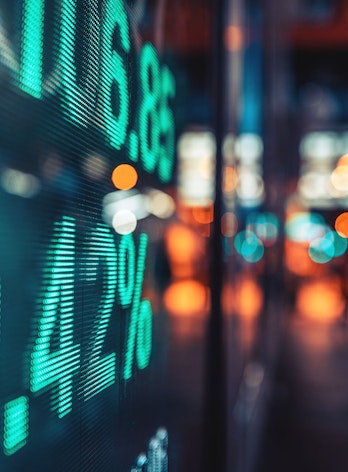