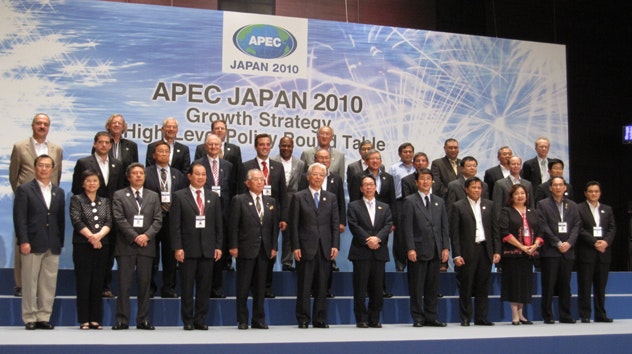 The event was attended by over 100 experts, government representatives and other participants. The audience welcomed the new IEA publication as valuable input to Japan’s New Growth Strategy which focuses on various low-carbon technologies as source of future growth.

Mr. Tanaka also attended the APEC Growth Strategy High-Level Round Table meeting held in Beppu, Japan on 7-8 August, chaired by Mr. Naoshima, Minister of Economy, Trade and Industry and Mr. Arai, Minister of State for Economic and Fiscal Policy. The aim of the Round Table is to advance the formulation of the APEC Growth Strategy – an initiative agreed on last year by APEC leaders who committed to put in place in 2010 a "comprehensive long-term growth strategy for the Asia-Pacific region." Mr. Tanaka contributed to the discussion of Sustainable Growth by delivering a presentation on the ETP Blue Map scenario, energy intensity improvements in APEC countries and possible policy actions, including the phase-out of fossil fuel subsidies, standard setting to facilitate market transformation, and RD&D.

Energy Technology Perspectives 2010 will build on the success of earlier editions by providing decision makers with more detailed practical information and tools that can help kick-start the transition to a more secure, sustainable and affordable energy future.