The 2022 update of the IEA Global Methane Tracker provides, for the first time, a complete set of country-level estimates for methane emissions from the energy sector, making the Tracker an indispensable resource in the fight to bring down these emissions and implement the new Global Methane Pledge.

Global methane emissions from the energy sector are about 70% greater than the amount national governments have officially reported, according to new IEA analysis released today, underlining the urgent need for enhanced monitoring efforts and stronger policy action to drive down emissions of the potent greenhouse gas.

Methane is responsible for around 30% of the rise in global temperatures since the Industrial Revolution, and quick and sustained emission reductions are key to limiting near-term warming and improving air quality. Methane dissipates faster than carbon dioxide (CO2) but is a much more powerful greenhouse gas during its short lifespan, meaning that cutting methane emissions would have a rapid effect on limiting global warming.

The energy sector accounts for around 40% of methane emissions from human activity, and this year’s expanded edition of the IEA’s Global Methane Tracker includes country-by-country emissions from coal mines and bioenergy for the first time, in addition to continued detailed coverage of oil and natural gas operations. Methane emissions from the energy sector grew by just under 5% last year. This did not bring them back to their 2019 levels and slightly lagged the rise in overall energy use, indicating that some efforts to limit emissions may already be paying off.

“At today’s elevated natural gas prices, nearly all of the methane emissions from oil and gas operations worldwide could be avoided at no net cost,” said IEA Executive Director Fatih Birol. “The International Energy Agency has been a longstanding champion of stronger action to cut methane emissions. A vital part of those efforts is transparency on the size and location of the emissions, which is why the massive underreporting revealed by our Global Methane Tracker is so alarming.”

Last year, significant emissions were confirmed in Texas and parts of Central Asia, with Turkmenistan alone responsible for one-third of large emissions events seen by satellites in 2021. Relatively few major leaks were detected for the major onshore oil and gas producers in the Middle East.

Satellites have greatly increased the world’s knowledge of emission sources, and the IEA Global Methane Tracker incorporates the latest readings from satellites and other science-based measurement campaigns. While measured data continues to improve, the coverage provided by satellites is still far from complete: existing satellites do not provide measurements over equatorial regions, offshore operations, or northern areas such as the main Russian oil and gas producing areas.

Yet uncertainty over emissions levels is no reason to delay action on methane. Major reductions can be achieved with known technologies and with tried and tested policies that have been proven to work effectively. The Global Methane Tracker includes a new detailed policy explorer that provides examples of effective implementation and shows where these policies could be most impactful.

If all methane leaks from fossil fuel operations in 2021 had been captured and sold, then natural gas markets would have been supplied with an additional 180 billion cubic metres of natural gas. That is equivalent to all the gas used in Europe’s power sector and more than enough to ease today’s market tightness.

The Global Methane Pledge, launched in November by more than 110 countries at the COP26 Climate Change Conference in Glasgow, marked an important step forward. Led by the European Union and the United States, its participants agreed to reduce methane emissions from human activities – including agriculture, the energy sector and other sources – by 30% by 2030. However, more major emitters need to join. Of the five countries with the largest methane emissions from their energy sectors – China, Russia, the United States, Iran and India – only the United States is part of the Pledge as things stand.

“The Global Methane Pledge must become a landmark moment in the world’s efforts to drive down emissions,” said Dr Birol. “Cutting global methane emissions from human activities by 30% by the end of this decade would have the same effect on global warming by 2050 as shifting the entire transport sector to net zero CO2 emissions.”

“Methane is the second biggest contributor to global warming. Rapidly cutting methane emissions is therefore a key part of our efforts to tackle the climate crisis. As established in the Global Methane Pledge, we need more precise data on actual methane emissions. By measuring, reporting, and verifying, we will know where emissions cuts are most urgent. The IEA’s report underscores the necessity of this effort.”

“Cutting methane pollution is the fastest way to mitigate climate change, and cutting wasteful venting, leaking, and flaring from oil and gas systems is the fastest way to cut methane. The IEA’s new report provides important insight on the scale of this climate action opportunity. It also highlights the need for governments to enhance the accuracy of their methane emissions data in national inventories and to act together to cut emissions at least 30% by 2030 under the Global Methane Pledge.”

“Combatting climate change means tackling methane emissions in Canada and around the world. Canada has set a target of reducing methane emissions by at least 75% below 2012 levels by 2030, and has put in place regulations to help achieve that target. This makes us the first country to sign up to the IEA's call to action. We’re working with the provinces and territories, Indigenous partners, industry and labour to put workers front and centre in the global effort to cut methane emissions.”

The 2022 update of the IEA Global Methane Tracker provides, for the first time, a complete set of country-level estimates for methane emissions from the energy sector, making the Tracker an indispensable resource in the fight to bring down these emissions and implement the new Global Methane Pledge. 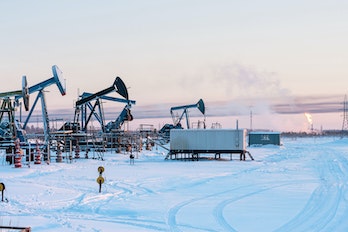