Kazakhstan has made ambitious commitments to reduce its greenhouse gas emissions and increase the role of renewables, but achieving these goals requires overcoming its dependence on cheap domestic coal and addressing its lack of flexible generating capacity, according to a new policy review by the International Energy Agency.

The report, Kazakhstan 2022, also notes that Kazakh government revenues face a long-term risk from the projected decline in global demand for fossil fuels, as well as short-term risks posed by a lack of alternatives to oil export routes that pass through Russia.

Kazakhstan generates more than 70% of its electricity from its abundant resources of coal but aims for other sources to supply half its power by 2050. This shift is intended to help meet the government’s ambitious goals of reducing the country’s greenhouse gas emissions to 15% below their 1990 levels by 2030 and of reaching carbon neutrality by 2060.

New electricity capacity is expected to take the form primarily of solar and wind – but also gas and hydro. The government is considering constructing its first commercial nuclear power plant, building on its role as one of the world’s largest sources of uranium.

The IEA review commends Kazakhstan for the successful auctions it has conducted to help lower tariffs for new renewable and gas-fired electricity capacity. But it notes that new capacity will have difficulty competing with the country’s coal-fired power plants as long as tariffs for the latter do not fully account for long-term replacement costs and for environmental and climate externalities.

As Kazakhstan expands renewables, more investment will be needed in flexible capacity such as gas-fired and hydro power plants to accommodate the variability of solar and wind output, the report says. Kazakhstan’s system currently relies significantly on electricity imports from Russia to cover imbalances and maintain frequency stability.

Pricing is also an issue in the gas sector, where Kazakhstan has successfully expanded its domestic supply network in recent years, in part to help diversify away from large-scale use of coal in industry and the household sector. However, low retail gas prices set by the regulator limit the price the national gas monopoly, QazaqGaz, can offer producers, who instead prefer to re-inject gas to boost oil production, which they can export at world prices. The IEA report points out that more attractive gas prices for producers would provide incentives to sell more of it, as well as to explore for and develop additional supply.

The report recognises that energy prices are a significant social concern in Kazakhstan. A rise in prices for liquified gas used in vehicles contributed to the unrest that gripped the country in January 2022. However, low prices have made it difficult to diversify the types of energy used for the domestic market and to promote energy efficiency. Kazakhstan could gain insights from the experiences of other countries that have successfully reduced or eliminated price distortions, according to the report, for example by phasing in increases over time and using end-user subsidies and compensation payments to shield the most vulnerable.

Kazakhstan has successfully attracted major international investors to its oil and gas sector and is currently the largest oil producer in Central Asia.

Around 80% of Kazakhstan’s oil is exported, with almost all of it passing through Russia via pipeline. However, Russia’s invasion of Ukraine has highlighted the risks of relying on one transit county for nearly all crude exports, given tightening international sanctions on Russian fossil fuels. While Kazakhstan has so far avoided having sanctions applied to its crude exports via Russia, export flows via the Caspian Pipeline Consortium (CPC) have seen interruptions in recent months. The IEA report stresses that diversification of export routes is essential to Kazakhstan’s ability to sustain crude export levels, which remain vital for the country’s finances. 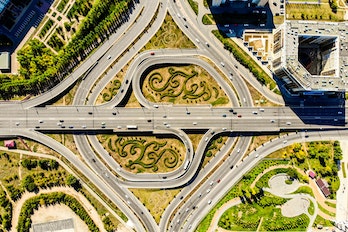