Luxembourg is targeting a sharp reduction in emissions by 2030, but new measures are needed to boost investment in renewables and energy efficiency, new IEA report says.

Luxembourg has shown positive signs in its efforts to move ahead with its clean energy transition, according to the report. While the country has enjoyed robust economic and population growth, its energy demand and greenhouse gas emissions have declined for much of the past decade, until they started to rise again in 2016, due to increased fuel sales to trucks in transit. The share of renewables in its energy supply has doubled since 2008.

“The Luxembourg government is committed to the goals of the Paris Agreement and has adopted ambitious energy sector targets, including reducing its greenhouse gas emissions by as much as 55% by 2030,” said Dr Fatih Birol, the IEA’s Executive Director. “The IEA is ready to support the government’s efforts to achieve these goals, starting with the recommendations contained within this report.”

The report notes that Luxembourg faces challenges in achieving its energy objectives. The country’s energy supply is dominated by fossil fuels, and carbon dioxide emissions are rising since 2016. This trend is driven by higher fuel consumption in the transport sector, mostly from fuel sales to international freight trucks and commuters.

“It is encouraging that the government has embraced an electric vehicle initiative with the intention of reducing greenhouse gas emissions and fuel imports”, Dr Birol said. The initiative is targeting the deployment of 800 public charging stations for electric vehicles by 2020. The aim is for 49% of all vehicles registered in Luxembourg and 100% of the national bus fleet to be electric by 2030. These goals are supported by subsidies for electric vehicles, major investments to increase the level and quality of electrified public transport, the introduction of free use of almost all forms of public transport in March 2020, and gradual increases in excise duties on diesel and gasoline. The report calls on the government to evaluate how much existing transport policies contribute to its energy sector targets and formulate a set of coherent measures to achieve a sustained reduction in fuel demand.

The IEA report notes that Luxembourg is undertaking actions on several fronts to ensure a secure supply of electricity. The country is aiming to increase domestic electricity generation to cover one-third of national demand by 2030, mostly from solar PV and wind. Luxembourg is also actively cooperating with neighbouring countries on energy security and is planning to strengthen its electricity grid to support additional imports and domestic renewable generation. The report recommends that infrastructure plans and processes should be aligned with renewable energy deployment and should facilitate smart grid technologies such as demand‑side response, batteries and other energy storage options.

Luxembourg has generous support programmes for energy efficiency and renewable energy, two of the pillars of clean energy transitions. However, the IEA report finds that the country’s low taxes on energy represent a barrier to the investments needed in energy efficiency and renewables to meet the government’s targets. The report calls for the gradual introduction of carbon pricing, which if done wisely, could stimulate the behavioural changes and investments required for the transition to a low-carbon energy system. The government has announced a plan to introduce a carbon price in 2021.

“I strongly believe that both policy and regulatory reforms can help Luxembourg achieve a cost-efficient, equitable and sustainable pathway to meeting its ambitious energy transition goals,” said Dr Birol.

Because of the exceptional situation resulting from the COVID-19 coronavirus epidemic, the IEA and the government of Luxembourg agreed to launch the report online rather than via a press conference. 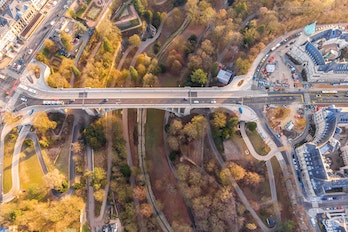