The electricity system in Moldova is characterised by its reliance on imports, which supplied 69% of demand in 2020. Renewable electricity accounted for just over 12% of domestic generation, though there remains over 27 GW of potential renewable generation capacity via wind, solar, biomass and hydro.

To provide Moldovan policymakers at all levels with a vision towards a clean, secure and modern electricity system, the International Energy Agency today launched a policy roadmap on System Integration of Renewables for Moldova.

The Roadmap was presented along with the Ministry of Infrastructure and Regional Development, featuring input from the European Bank for Reconstruction and Development, Hitachi and WindEurope. It was developed as part of the IEA’s work through the EU4Energy Programme.

The Roadmap examines tangible steps the government can take to enhance the power system and facilitate investment in renewables, removing barriers to deployment and establishing flexible electricity markets with strengthened regional coordination.

Developing renewable electricity would not only help Moldova achieve its National Energy Strategy and increase the country’s energy security, but would also bring significant socioeconomic and environmental benefits. By encouraging investment in renewables, Moldova could reduce its reliance on imported natural gas while maximising the consumption of domestic energy resources. Other benefits include reducing health problems from air pollution and providing green jobs, particularly in rural areas.

Increasing the share of renewables in Moldova’s energy mix is key to meeting the National Energy Strategy for 2030’s objectives of ensuring the security and sustainability of the country’s energy supply, while enhancing regional and European integration

This roadmap starts with an overview of the prevailing institutional framework related to the renewables and electricity sectors respectively, and the related policy landscape. This is followed by the body of the roadmap, which focuses on: Removing barriers to the deployment of renewables; Establishing flexible electricity markets with enhanced regional co-ordination; Enhancing technical flexibility of the power system.

System Integration of Renewables in Moldova: A Roadmap 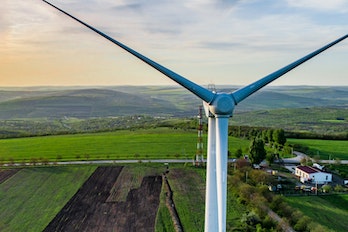