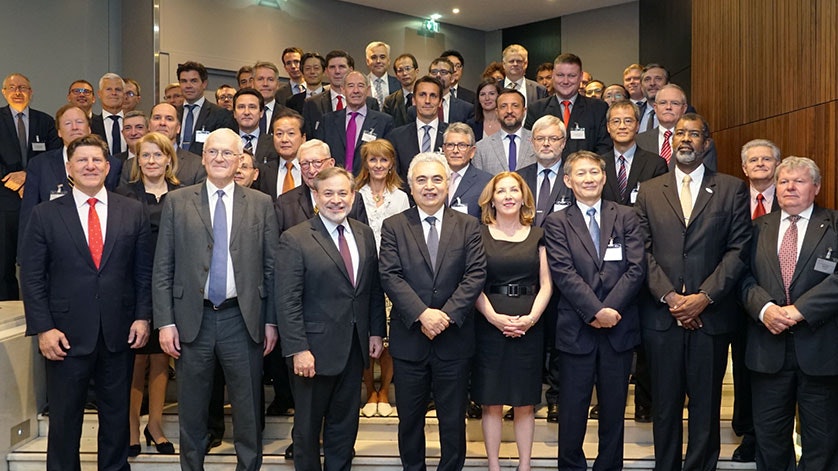 For more than 40 years, nuclear energy has been an important contributor in several countries to energy security and a key source of zero-emissions generation. But the future of nuclear energy is facing growing challenges, increased competition with renewables and gas and, in some cases, public opposition.

With the aim of identifying the key issues and exploring the future of nuclear power, the International Energy Agency (IEA) held a high-level meeting in Paris yesterday titled “Nuclear Energy: Today and Tomorrow.”

The event also brought together ministers and senior government officials from IEA member countries, CEOs and experts to examine the role of nuclear energy in mature power markets and the challenges and future for nuclear energy for energy security, the economy and the environment.

“Nuclear power is continuing to play an important role in electricity security along with other conventional  generating technologies,” said IEA Executive Director Dr Fatih Birol in his opening remarks. “Despite this, with current policies there is little prospect for significant growth for nuclear power in developed economies on the horizon – although there are new efforts to spur innovations that could change this picture.”

Mr Dan Brouillette, the US Deputy Secretary of Energy provided a keynote address also highlighting the importance of innovation in nuclear energy.

"In the United States, we are committed to reviving, revitalizing, and ultimately expanding the use of nuclear energy because we know its benefits," said Mr Brouillette. "We are just starting to see the potential of nuclear power in meeting our energy security needs and our clean energy goals. The advanced reactors, the advanced fuels, and the advanced materials being developed in the U.S., France, and around the world all offer the promise of lessened emissions and increased reliability."

The sessions highlighted how, under current policy frameworks, and with limited investment in new plants, the contribution of nuclear to the power mix in mature markets is set to decline significantly. Most new construction is in Asia, with China and India accounting for over half of the new reactors under construction. In IEA’s World Energy Outlook New Policies Scenario, nuclear power production grows with two countries, China and India, responsible for over 90 percent of net growth to 2040.  By contrast, outside of Japan, nuclear power generation in developed economies is set to decline 20 percent by 2040.

The meeting also heard about new initiatives to advance innovative nuclear power technologies, including those that can address better the need for greater power systems flexibility, spurred by the rise of generation from variable renewables. For more on the recent trends and prospects of nuclear power, visit the IEA’s new Tracking Clean Energy Progress page on nuclear power and in the World Energy Outlook.