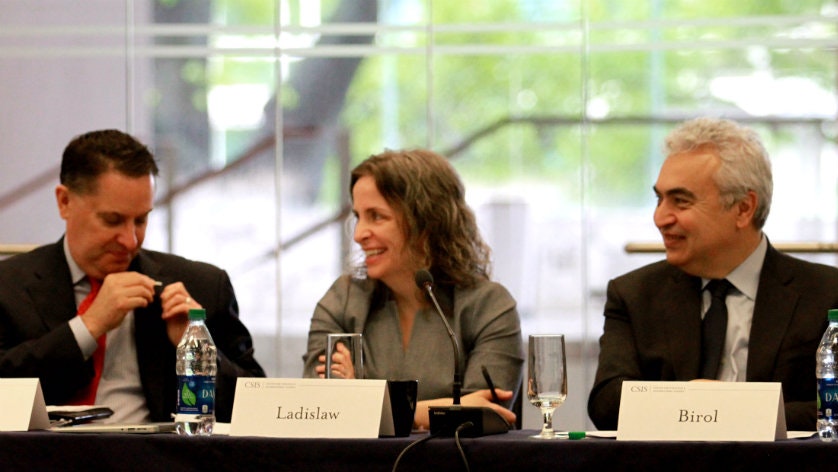 WASHINGTON DC – Dr Fatih Birol, the International Energy Agency’s Executive Director, opened a high-level workshop on the strategic role of natural gas held today at the Center for Strategic and International Studies (CSIS) in Washington, as he began a multi-day visit to the United States.

The event, organized jointly by CSIS and the IEA, examined the rise in US natural gas production and its impact on American consumers, and looked at what additional US LNG exports would mean for liquidity, diversity of supply and security of international gas markets.

The event was attended by senior experts, officials and industry representatives from the US, Europe and Asia. The insights gained will help to shape a special focus on the outlook for natural gas in this year's World Energy Outlook, the IEA’s flagship publication.

“Back in 2009, we took an in-depth look at US gas markets in the WEO and concluded that a “silent revolution” was underway in US shale gas that would have far-reaching implications for the global outlook,” Dr Birol said. “Today, we are witnessing a second revolution in gas markets, this time driven by ample supplies of Liquefied Natural Gas, in which the US is again set to play a critical role”.

By 2040, more gas is being traded over long distances as LNG than via traditional pipelines, according to IEA projections.

Since 2009, US shale production has added the equivalent of two Qatars to the global gas balance. Over the next five years, an additional 130 bcm of liquefaction capacity will come online, mostly in the United States and Australia, creating new options and greater flexibility for buyers of gas. Others, such as Canada, Mozambique, and Tanzania, could join the LNG export business, and make an important contribution to the emergence of a truly global gas market.

IEA analysis points that the current overcapacity in LNG is absorbed by the mid-2020s. However, new investment decisions are needed soon in order to avoid a new round of market tightening in the 2020s.

This year’s edition of the World Energy Outlook, including the special focus on natural gas, will be published on 14 November.

The keynote speech given by Dr Fatih Birol, Executive Director of the International Energy Agency, to the Joint CSIS-IEA workshop on the strategic role of Natural Gas.