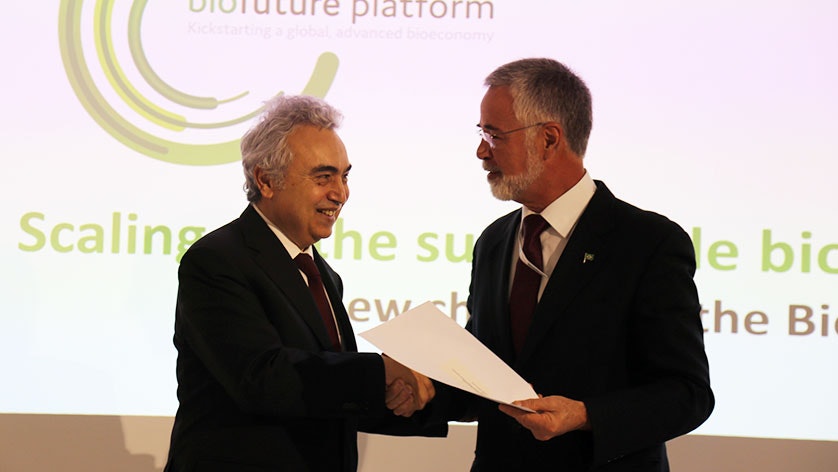 The International Energy Agency officially took over on 1 February as the Facilitator of the Biofuture Platform, a group of 20 countries seeking to accelerate development and scale up deployment of modern sustainable low carbon alternatives to fossil based solutions in transport, chemicals, plastics and other sectors.

Since its launch in November 2016, the Biofuture Platform has worked closely with the IEA on a range of efforts, including analysis and promotion of innovative bioenergy technology, effective policies, sustainability governance and multilateral collaboration. Last year, the IEA’s Renewables 2018 identified modern bioenergy as the “overlooked giant” among renewables, noting that it corresponds to 50% of the total consumption of renewable energy.

The transition of the Facilitator role to the IEA reinforces the Biofuture Platform’s commitment to shared leadership and international dialogue and collaboration on sustainable bioenergy. The IEA will work closely under the guidance of the Biofuture Platform’s 20 member countries to design and implement a plan of work in pursuit of the Platform’s mission. In particular, the IEA will work very closely with the Platform’s Core Group, which is led by Brazil and also includes India, the United Kingdom, Canada, and The Netherlands.

In addition, the IEA will seek to further deepen its engagement and strengthen collaboration with bioenergy frontrunners from governments, industry and academia, as well as other partnerships, including the IEA Bioenergy Technology Collaboration Programme.