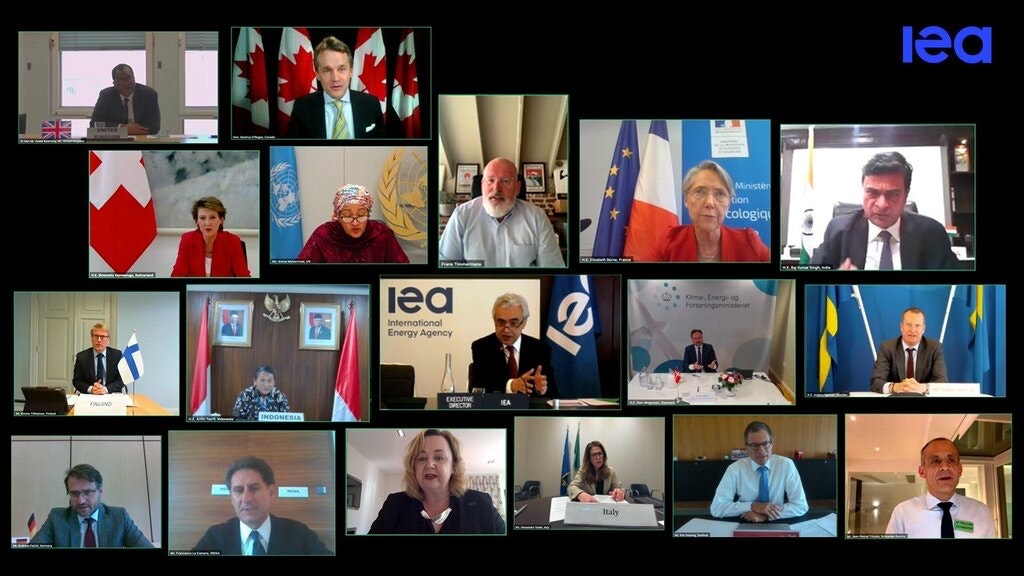 Ministers from around world joined by leaders of international organisations and major companies in meeting focused on role of energy efficiency and renewables in stimulus plans.

The International Energy Agency and the Government of Denmark today hosted a high-level roundtable meeting in which government ministers and business leaders from around the world discussed the importance of making clean energy a central part of the global economic recovery from the Covid-19 crisis.

Co-chaired by Dan Jørgensen, Minister for Climate, Energy and Utilities of Denmark, and Dr Fatih Birol, IEA Executive Director, the virtual meeting focused in particular on the potential of energy efficiency and renewables – two of the key pillars of clean energy transitions – to create jobs, enhance economic competitiveness and improve the resilience of energy systems.

Leading participants included Amina Mohammed, Deputy Secretary-General of the United Nations; Frans Timmermans, Executive Vice-President of the European Commission; Simonetta Sommaruga, President of Switzerland; Seamus O’Regan, Minister of Natural Resources of Canada; Elisabeth Borne, Minister for an Ecological and Inclusive Transition of France; and R.K. Singh, Minister of Power and New & Renewable Energy of India. A full list of the main participants is provided lower down in this article.

“Putting clean energy at the heart of stimulus plans is an excellent strategy for revitalising economies while building a more secure and sustainable energy future,” said Dr Birol. “I am delighted that such a high-profile and diverse group of ministers and leaders – in large part from countries supporting the IEA’s Clean Energy Transitions Programme – joined us today for this vital conversation during such challenging times. I warmly thank everyone for their contributions, and Minister Jorgensen for his leadership.”

At the meeting, ministers from around the world highlighted the extraordinary challenges governments are confronting as a result the immediate public health and economic crises – and their desire to make well-informed decisions in their plans to rekindle economic growth as their countries emerge from confinement.

“In the face of human tragedy and the plethora of consequences of the Covid-19 pandemic, we have also been handed an opportunity to rebuild society in a manner that makes it more resilient to future crises,” said Mr Jørgensen. “The choices we take now to kick-start our economies will also determine our ability to mitigate the impacts of climate change. The impressive turnout at today’s roundtable is a clear indication that this approach resonates in many capitals, and I would like to thank all participants, and of course my great co-host Fatih, for their invaluable contributions.”

The aim of the roundtable event was to catalyse and elevate the conversation among governments on the best ways to achieve the mutual benefits that clean energy transitions and economic recoveries can bring to one another.

“Today’s discussion provided ample food for thought. Renewable energy and energy efficiency are both cornerstones in our fight against climate change, and at the same time both sectors have massive job potential,” Mr Jørgensen said. “As we look to stimulate the economy, it only makes sense to design our interventions in ways that takes advantage of these synergies. Not only will that allow us to create even more green jobs, it will also support and underpin our efforts to keep global temperature rise to manageable levels.”

The meeting is expected to be the first in an ongoing series of high-level discussions about accelerating the development and deployment of clean energy technologies in order to spur renewed economic activity and put the world on track to meet international climate goals and other sustainability objectives.

“It was very encouraging to hear governments reaffirm their commitments to support renewables, energy efficiency and other clean energy technologies despite the current crisis,” said Dr Birol. “As the leading global energy authority covering all fuels and all technologies, the IEA will continue to support governments with the highest quality data, analysis and advice to inform the enormously consequential decisions they are making as they design their stimulus packages. It is crucial to avoid repeating the mistakes of the past: although emissions fell as a result of the 2008 global financial crisis, they soon rebounded sharply. We must learn from that experience.”

Elisabeth Borne, Minister for an Ecological and Inclusive Transition, France

Alex Robson, Ambassador, Permanent Delegation of Australia to the Organisation for Economic Co-operation and Development