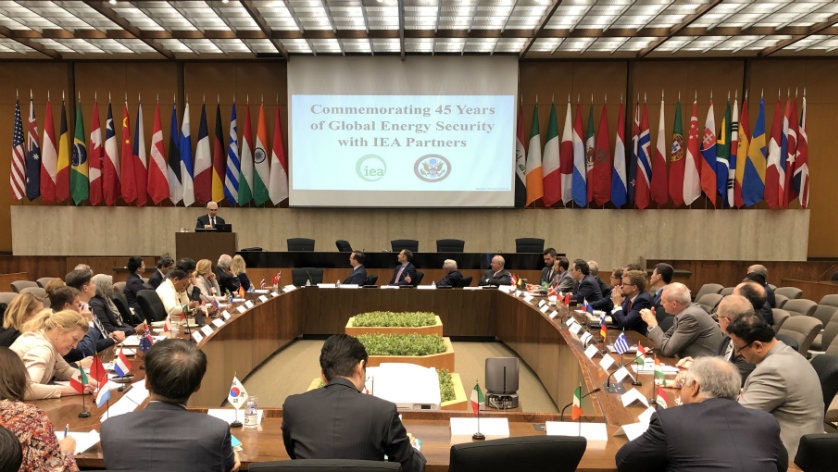 WASHINGTON DC – Dr Fatih Birol, the Executive Director of the International Energy Agency, met bilaterally with US Secretary of Energy Rick Perry today before testifying before the United States Senate on the IEA’s latest findings on global energy markets.

Dr Birol and Secretary Perry discussed how the United States is playing a growing role in oil and gas markets across the world, deploying solar and wind power domestically, and pushing clean technology deployment including CCUS. Their meeting was followed by a joint press conference on US and international energy markets.

On Capitol Hill, Dr Birol testified before the Senate Committee on Energy and Natural Resources under the chairmanship of Senator Lisa Murkowski and with ranking member Senator Joe Manchin. The hearing focused on prospects for global energy markets, and the role of the United States. This is the third year in a row that Dr Birol has testified in front of the committee. [His testimony can be found here.]

Dr Birol then gave a speech at the US Department of State on the IEA’s modernization and developments in global energy markets to members of the diplomatic community.

The event, which was attended by representatives from members of the IEA family, took place in the Loy Henderson Auditorium. The room was the historic site of the Washington Energy Conference, held in February 1974, which was a first key step in establishing the International Energy Agency later that year.

The International Energy Conference, in Washington, held on 11 February 1974, prior to establishing the IEA in Paris. (Photograph: OECD)