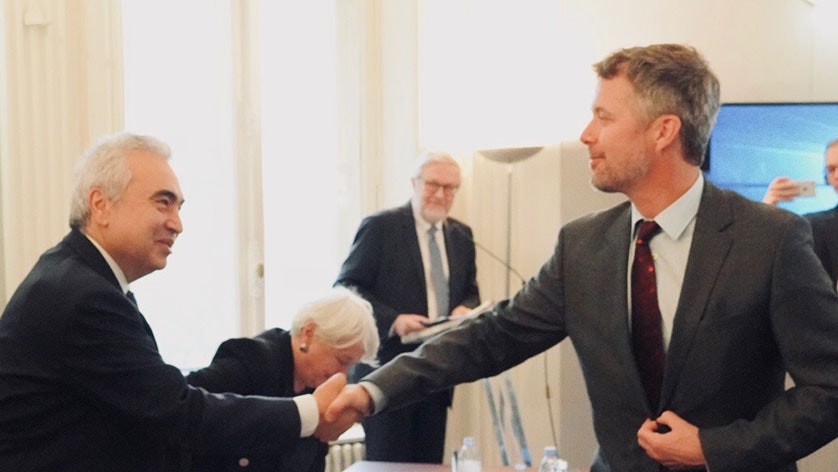 Dr Fatih Birol, the International Energy Agency’s Executive Director, delivered a speech at a meeting today in which high-level participants – including Crown Prince Frederik of Denmark and Dan Jørgensen, the Danish Minister for Climate, Energy and Utilities – discussed the role of renewable power in decarbonising the energy sector.

The meeting in Paris was organised as part of the Danish royal visit to France and was attended by French Senators and Members of Parliament.

In his speech, Dr Birol spoke about current global energy trends, noting the importance of renewable power for reducing CO2 emissions and meeting long-term climate goals, particularly in the case of the European Union. He highlighted the emergence of offshore wind power as a key low-carbon technology and the significant contribution it can make to clean energy transitions.

As part of its flagship publication, the World Energy Outlook 2019, the IEA will publish a special report on offshore wind on 25 October, analysing the current state of the market and technology as well as their future development. Dr Birol will travel to Denmark, the birthplace of offshore wind, to launch the report.

Mr Jørgensen opened today’s meeting with remarks about how the Danish government plans to reach its target of a 70% reduction in CO2 emissions by 2030 and the role of renewable energy. Ida Auken, President of the Committee of Climate, Energy and Utilities in the Danish Parliament, also presented the Danish Parliament’s work on the country’s climate and energy transition.