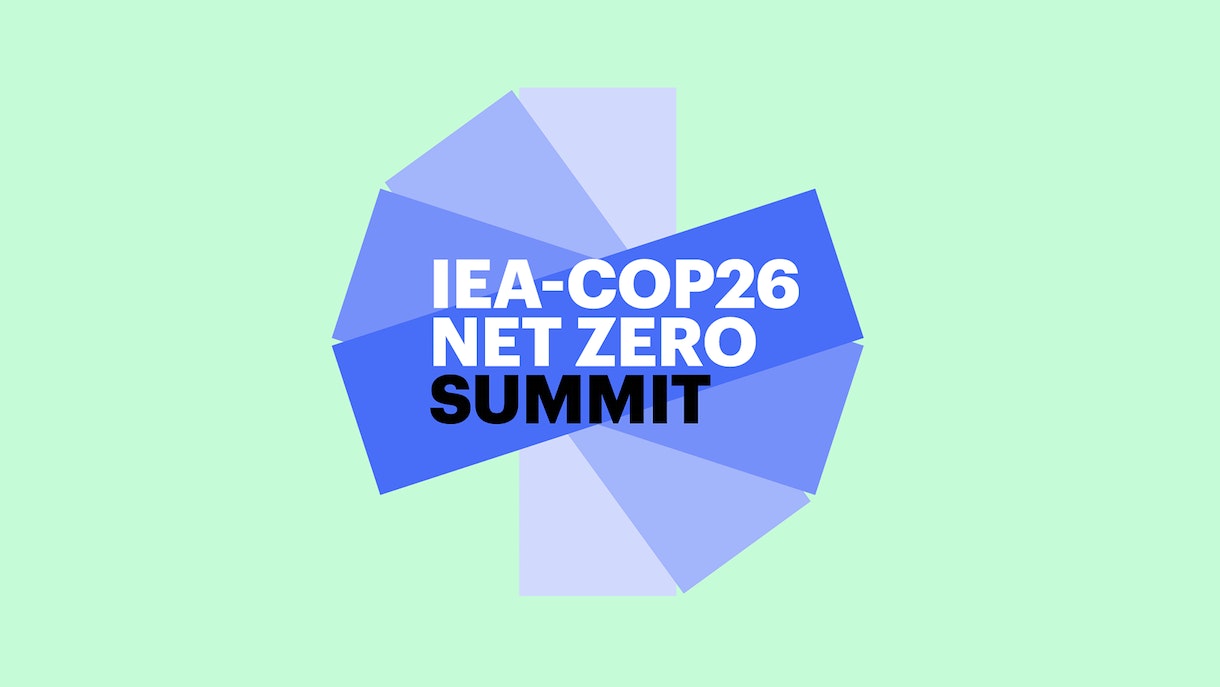 Top international energy and climate leaders from the world’s largest economies will take part in the IEA-COP26 Net Zero Summit on 31 March to accelerate the momentum behind clean energy and examine how countries can work together more effectively to reduce their greenhouse gas emissions to net zero in line with shared international goals.

Co-hosted by IEA Executive Director Fatih Birol and COP26 President Alok Sharma, the Net Zero Summit is a critical milestone on the road to COP26 in Glasgow in November. The Summit will include a dynamic dialogue between the world’s major economies, which are also large emitters, with the participation of US Presidential Special Envoy for Climate John Kerry, Chinese Special Envoy on Climate Change Xie Zhenhua, European Commission Executive Vice-President Frans Timmermans and Indian Minister of Power, New and Renewable Energy Raj Kumar Singh.

“The world’s growing clean energy and climate ambitions are sending an unmistakable signal. Over 120 governments have announced their intentions to bring emissions to zero by the middle of this century. A tremendous amount now needs to be done to turn ambitions into reality: long-term targets by themselves will not suffice, as the recent rebound in global CO2 emissions shows,” said Dr Birol, the IEA Executive Director. “We’re delighted that all the world’s major players will come together at our Net Zero Summit to identify how to work together to turn targets into meaningful near-term energy actions to cut emissions and put the world on a sustainable path toward 1.5 degrees. This is vital to build momentum ahead of COP26 later this year.”

“To keep our climate goals within reach the next ten years must be a decade of delivery, not deliberation. This is why the UK, as host of COP26, is pushing for much stronger international collaboration on climate change as one of its top priorities,” said Mr Sharma, the COP26 President. “The IEA-COP26 Net Zero Summit will be an important opportunity for the world’s major economies to agree how they can work together to make the transition towards net zero by 2050 faster, cheaper and easier for all.”

The panels will be co-chaired by Ministers from governments including Canada, China, Denmark, India, Indonesia, South Africa, Sweden, the United Kingdom and the United States.

During the closing plenary session, leaders will reflect on the major priorities for action in the run-up to COP26 in Glasgow and the subsequent IEA Ministerial Meeting, and on how to strengthen the international clean energy architecture going into 2022 and beyond.

The Summit will provide a unique forum for dialogue among governments on how to implement their emissions pledges. IEA analysis shows that decisive action to boost clean energy is essential to drive sustainable recoveries worldwide over the next two to three years, setting the tone for ambitious and sustained emissions reductions through into the 2030s. Efficient multilateral mechanisms like the IEA are crucial for catalysing and supporting these efforts.

The global energy system is even more interconnected today than it was when the IEA was founded nearly half a century ago. And just as one country could do little on its own in response to the oil shocks that were crippling the world economy then, governments today cannot transform the global energy system through individual efforts alone.

To help countries turn their ambitions into coherent real-world action, the IEA will publish on 18 May the world’s first comprehensive roadmap for the global energy sector to reach net-zero emissions by 2050. Commissioned by the UK government’s COP26 Presidency, this unprecedented piece of IEA analysis will be a vital foundation for building a global consensus on reaching net-zero emissions, informing discussions at COP26 in November and beyond.