Despite being the world’s third-largest gas exporter, Norway’s domestic gas consumption was just 1% of its total final energy consumption. Demand comes mainly from the industry sector (92%), followed by electricity and heat generation (6%) and the transport sector (2%).

Because domestic gas consumption is so minimal, security of supply is not considered an issue in Norway. The country’s few natural gas customers are also connected to the electricity grid and have electrical heating appliances, allowing them to heat their homes with other means. As nearly all of Norway's limited gas consumption comes from the chemical industry, there is hardly any peak demand nor seasonal variations. As such, there are no particular demand-side measures for the domestic gas market in Norway. 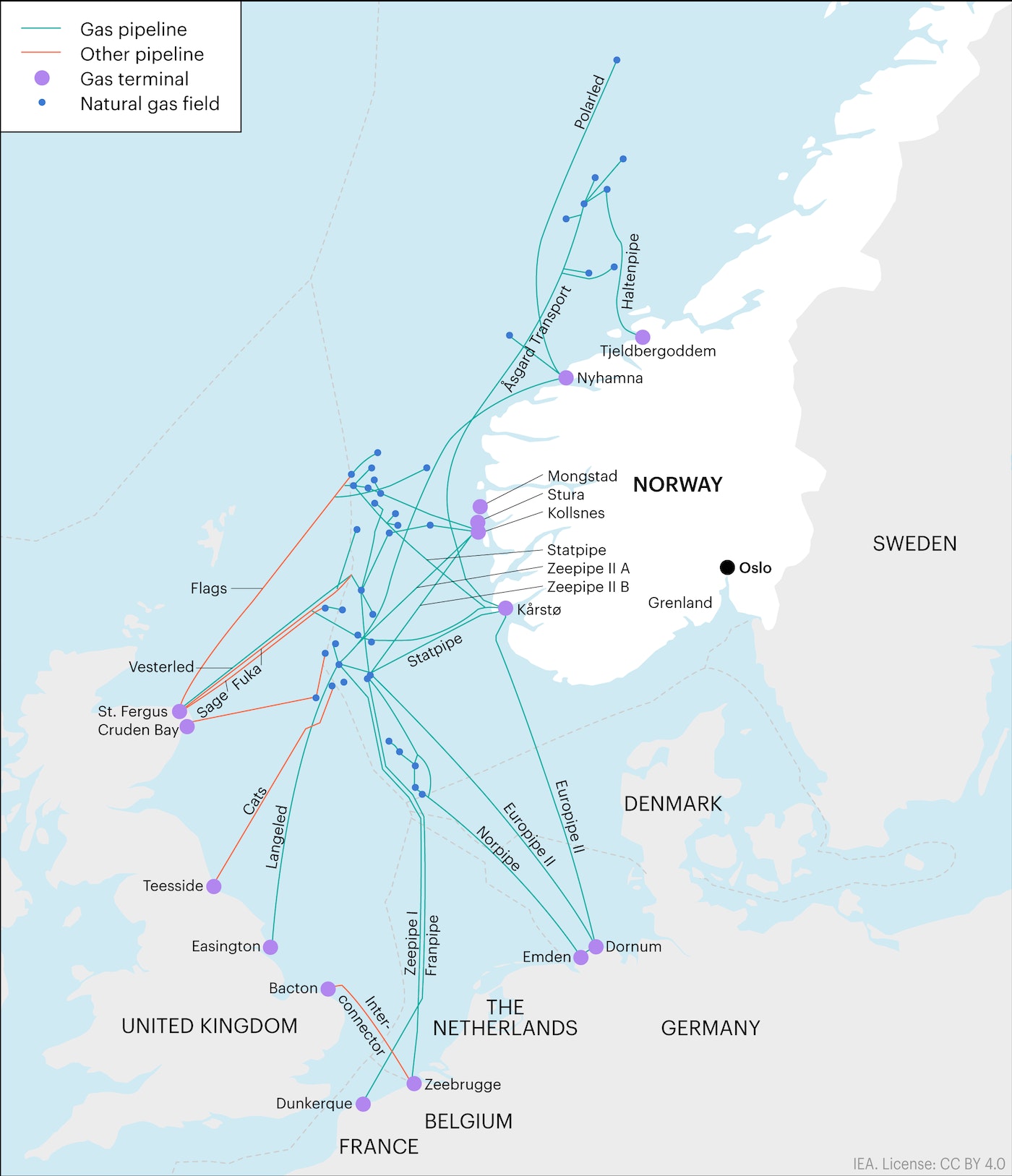 There are only two natural gas distributors in Norway: Gasnor, a small-scale liquefied natural gas (LNG) producer and natural gas distributor in the Avaldsnes region. Lyse Neo, based in Stavanger, sends gas to a very limited geographical area in the south-western part of the country (with about 2 500 customers in total). Both companies were also granted the status of gas distribution system operators (DSOs) since 1 February 2021. There are no plans to increase domestic consumption of natural gas or expand infrastructure in Norway.

Norwegian production of natural gas covers approximately 3% of global demand, and Norway is the third-largest exporter of natural gas in the world, only behind the Russian Federation (hereafter “Russia”) and Qatar. Norway’s role as a gas exporter to the European Union (EU) is even more pronounced, accounting for around 25% of EU gas demand, second after Russia (30% in 2021). Given the severe sanctions imposed towards Russia and the European Union's attempt to phase out Russian energy imports, Norway has agreed to increase gas supplies to the EU, which have grown considerably in 2022. Norwegian gas arrives to the EU via a pipeline system and receiving terminals, or as LNG from the Hammerfest LNG plant. Germany is the largest single destination of Norwegian gas with 48.8 billion cubic metres (bcm) delivered in 2021. Total exports peaked in 2017 at 123 bcm, and decreased in the following years until 2020. They rebounded to 113 bcm in 2021 and are expected to reach 118 bcm in 2022. An additional pipeline, the Baltic Pipe with a capacity of 10 bcm that will transit Denmark and connect to Poland, is scheduled to begin operations in October 2022 and will further diversify Norwegian gas export routes.