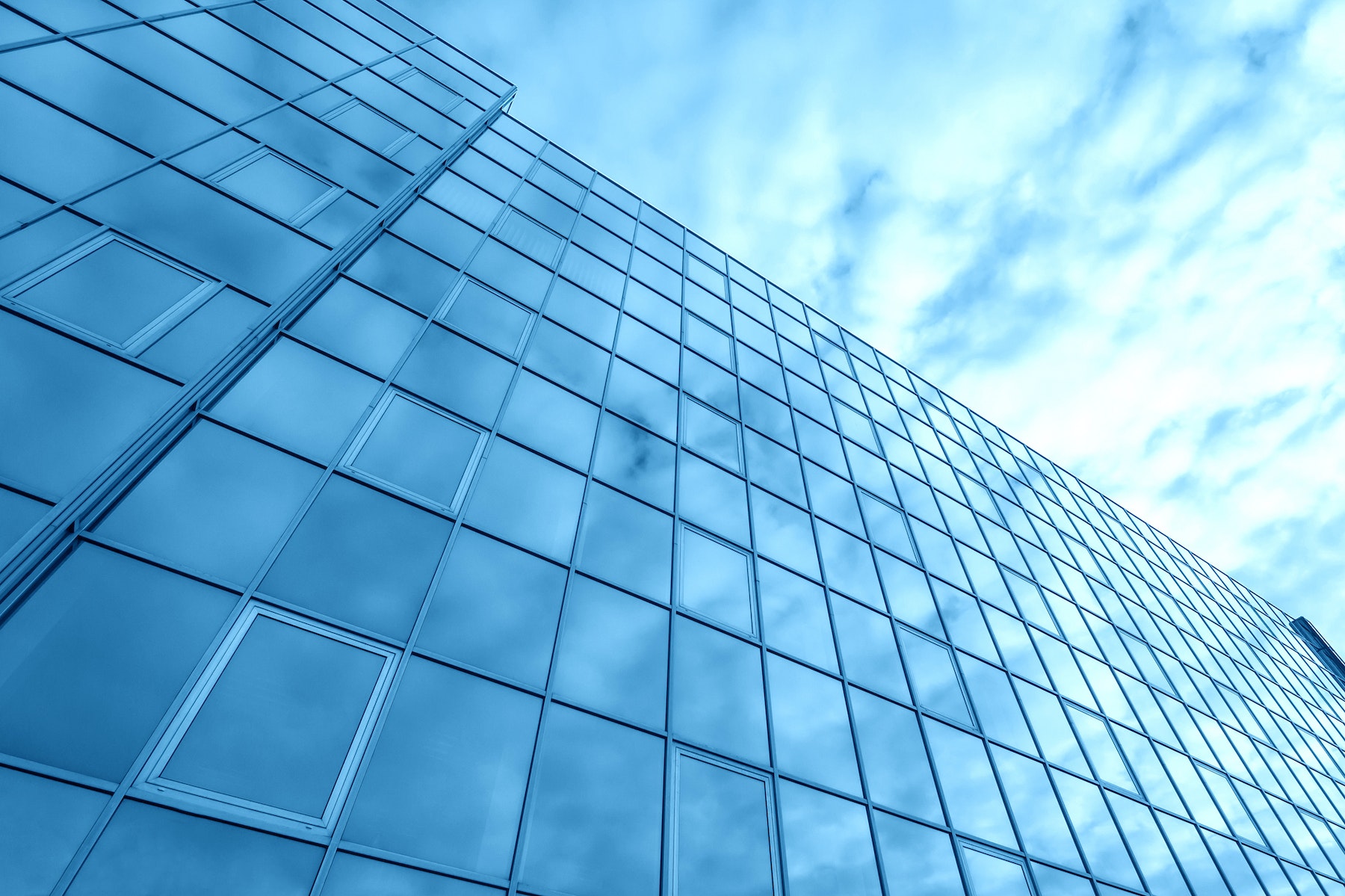 Almost two-thirds of countries lacked mandatory building energy codes in 2019, meaning more than 5 billion m2 were built last year without mandatory performance requirements. To be in line with the SDS by 2030: all countries need to establish mandatory building energy codes; new high-performance construction needs to increase from around 275 million m2 to cover almost 5 billion m2; and energy intensity reductions currently effectuated by energy-efficiency renovations of existing building stock must double from 15% to at least 30 50%.

Constructed floor space in buildings worldwide has increased by about 65% since 2000, reaching nearly 245 billion m2 in 2019. Yet, average energy use per m2 has declined by only around 25%, meaning advances in energy efficiency have only partially offset floor area growth.

Building envelope performance improvements are critical to achieve the Sustainable Development Scenario (SDS), and although all countries will need to implement mandatory building codes within the next decade to meet the SDS ambitions, most have still not made them an explicit policy priority.

Building floor space has expanded 65% since 2000, while energy use per m2 has improved by only 25%

India took a step forward in late 2018, developing its first national model building energy code for residential buildings. The Energy Conservation Building Code for Residential Buildings was designed to be enforced simply while also improving occupants’ thermal comfort and enabling the use of passive systems.

Changes are also ongoing in other regions that traditionally have not had codes, such as sub-Saharan Africa. Rwanda’s Green Building Minimum Compliance System became applicable to non-residential buildings in 2019, providing indicators based on the type of building, its function and the associated benefits. The indicators include green-building features such as orientation, sunlight exposure and low-impact refrigerants.

Where building energy codes are already in place, continuous evolution of standards is important to reflect the current status of construction practices, materials and technologies. Many countries are therefore updating their energy codes to increase the stringency of the requirements.

For instance, building energy code upgrades are under way in South Africa to incorporate climate zone differentiation, and the ASHRAE 90.1-2019, a US national model energy code, is evolving into the IECC National Model Energy Code in 2021.

Significant opportunities are also available to adopt more stringent codes at the local level, exceeding national energy codes, as has been done in US states such as Florida, California, Utah and Illinois, and cities such as New York and Philadelphia.

Despite these positive signs, however, not enough measures have been taken to keep up with the overall rapid expansion in global floor area. Many countries have coverage for just part of the buildings sector, and much of the progress in 2018‑19 consisted of updates in countries that already had codes in place.

New high-performance construction needs to expand from the current 275 million m2 to more than 5 million m2 by 2030, increasing code coverage and stringency. However, building energy code advancements can only be exploited fully with the help of robust implementation mechanisms, which could, for instance, be promoted through compliance practices incorporated into building codes. Improved building simulation tools, training, inspections and testing, as well as ratings and incentives, are key instruments to increase building code compliance rates.

Some progress on mandatory building energy codes was made in 2018-19, but two out of three countries still lack them 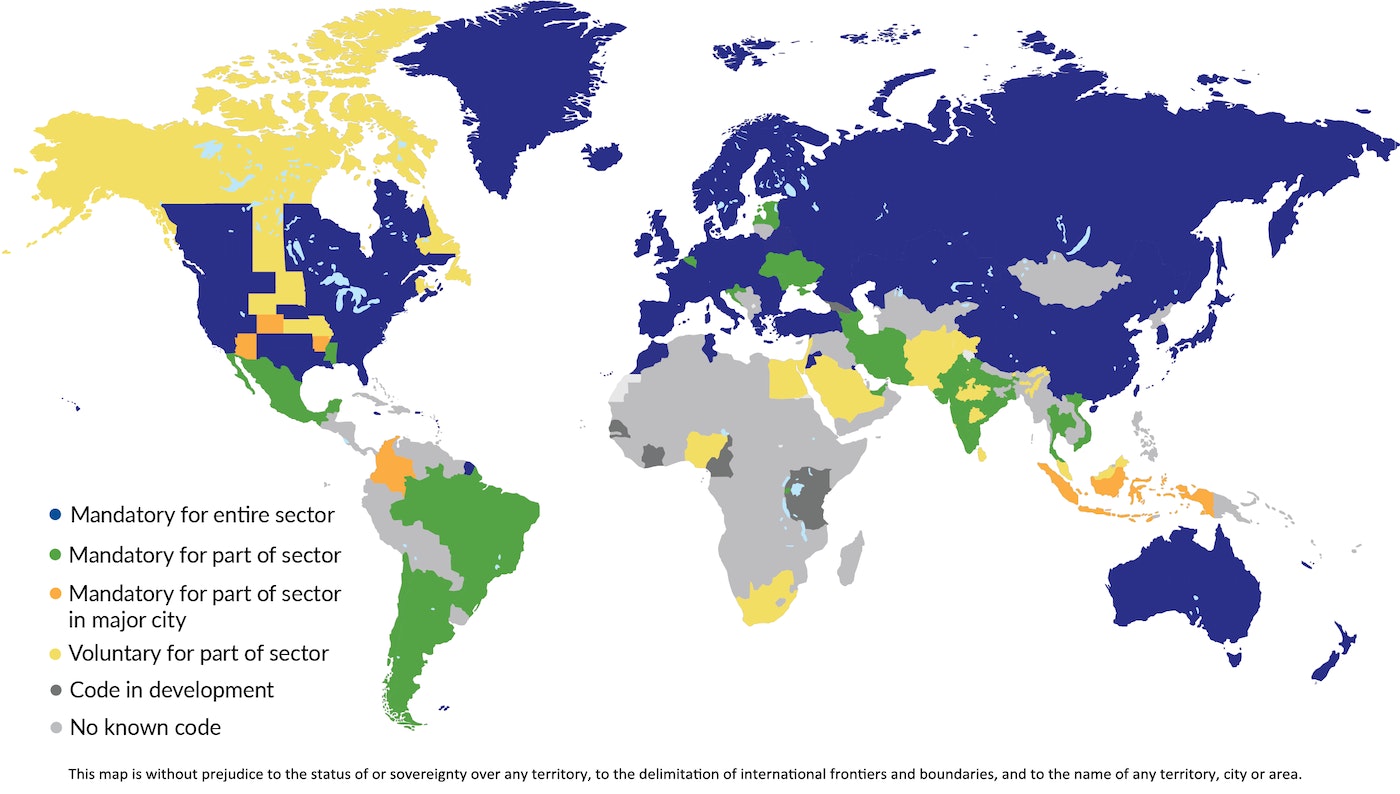 In the European Union, energy certification is mandatory when a building is sold or rented. In addition, for its European Union Circular Economy Action Plan, the European Commission launched “Level(s)”, a voluntary reporting framework for the buildings sector that encourages lifecycle thinking at the whole-building level. The World Green Building Council Europe is working with the European Commission to support the testing phase of Level(s) and to develop an implementation strategy. The final version is to be released in 2020.

In addition, well-established certification programmes are expanding. For example, since development of the Passivhaus standard 25 years ago, more than 1 million m2 have been certified, part of which are described in the Passive House Database. The Leadership in Energy and Environmental Design Programme (LEED) has recorded over 69 000 certifications – equivalent to 16 000 m2 added every day and more 130 million m2 certified.

Nevertheless, building energy certifications still fall short of promoting major change in the buildings market, as they are typically voluntary or cover only a small portion of buildings. They are, however, an important tool to better understand the characteristics and energy performance of the building stock, both for mapping energy renovations and for energy planning purposes. 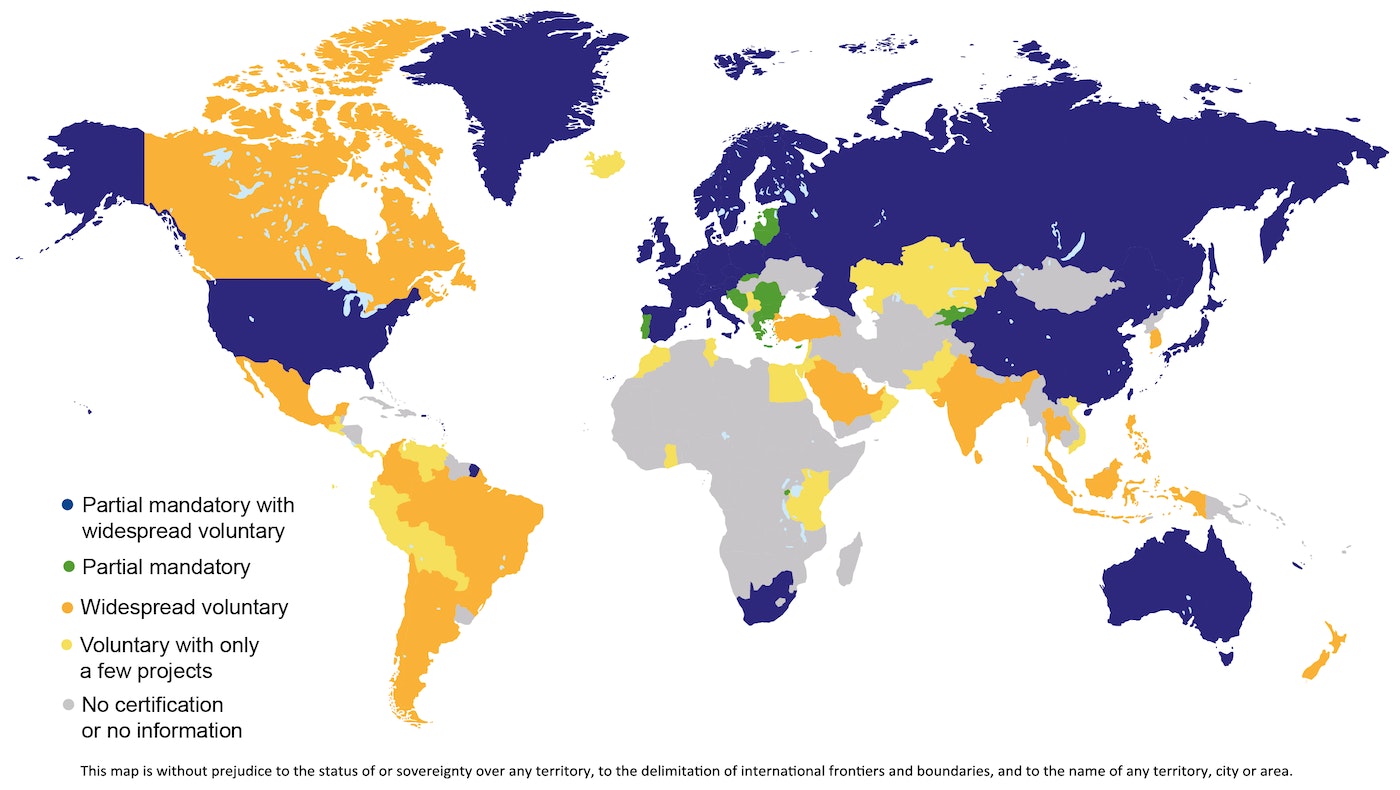 One notable development is expansion of the Energiesprong programme in 2018‑19, which is now active in five countries – France, Germany, the Netherlands, Italy and the United Kingdom. This innovative initiative seeks to make zero-energy-building retrofits affordable by leveraging private financing that can be repaid through energy savings in public buildings.

Progress is being made on other fronts as well, such as the EU revision of the European Performance of Buildings Directive in June 2018 to accelerate the renovation of existing buildings. In 2019, the World Green Building Council network in Europe launched the BUILD UPON2 project to align ongoing building renovation efforts and deliver a report. Another interesting project to be completed in 2020 is iBROAD (Individual Building Renovation Roadmaps), which is developing a tool to outline building renovation plans at the individual building level.

Measures to introduce, upgrade and enforce building energy codes are urgently needed to achieve climate targets. They will need to accommodate rapid buildings sector expansion while improving the thermal comfort of buildings without significantly raising energy demand and resultant emissions.

In advanced economies such as the United States and the European Union, buildings already standing today will likely make up a considerable share of the total stock to 2050. Establishing large-scale building refurbishment should therefore be a key policy priority in the upcoming decade. Greater efforts need to be focused on compiling a comprehensive and sound evidence base of technical and economic case studies, as well as pilot programmes that demonstrate actionable results.

Deepen policy focus on the renovation of existing buildings

Governments can lead by example to implement these measures, for instance by requiring high-performance construction for new public buildings and offering financial incentives to encourage market uptake of high-performance solutions.

Governments can also support industry-led initiatives such as the Advancing Net Zero project by the World Green Buildings Council, which calls on businesses, organisations, cities, states and regions to reach net-zero-carbon operating emissions by 2030 and to advocate for 100% net-zero-carbon buildings by 2050.

Accelerate the proliferation of net-zero-carbon buildings

Governments should promote building designs that adapt to local climatic conditions as well as urban forms and construction practices, and that integrate passive strategies such as natural ventilation and passive cooling.

In addition, viewing buildings from a lifecycle perspective – even during the construction phase – can be encouraged through the greater use of sustainable materials, coupled with improved building design and district and urban planning measures for building construction and renovation. These actions could also reduce the building’s overall carbon footprint.

Furthermore, the adoption of simulation-optimisation tools for designing buildings should be promoted so that technology synergies can be realised during the building design phase. It is important to train designers, engineers and installers to facilitate adoption of the best building design practices.

Implementing packages for high-performance construction and renovation will require greater access to financing as well as innovative business models that bring borrowers, lenders and regulators together. Governments can enable this through policy interventions that shape market rules to improve access to financing and de-risk clean-energy investment.

Measures can include the use of tax exemptions, grants, loans, auctions and obligations. Governments can also work with the finance sector, banks and investors, among others, to create a common classification scheme and a robust evidence base for such investments. Standardising verification procedures to reduce the uncertainties surrounding energy-savings evaluations would help investors understand the benefits of building investments and their replicability, making investment more attractive.

Governments should enlarge research into high-performing building envelopes that have greater thermal capacity and a thinner insulation layer (such as those that employ vacuum panels and aerogel), and that also have a better capacity to adapt to changes and varying needs, for example by incorporating dynamic envelope components and integrated renewables within the building envelope.

This IEA report explores the critical role of buildings in meeting climate change targets, using a portfolio of clean-energy solutions that exist today. It considers the investments and strategies needed to enable the buildings sector transition, and the multiple benefits of transformation, including improving the quality and affordability of energy services in buildings for billions of people.

The IEA and UN Environment Global Status Report for Buildings and Construction tracks current energy and emissions trends as well as policy advancements, and it also provides recommendations to support the transition towards a low-carbon buildings sector.

In this publication, the IEA presents detailed scenarios and strategies to 2050, and demonstrates how to reach deep energy and emissions reductions through a combination of best available technologies and intelligent public policy.