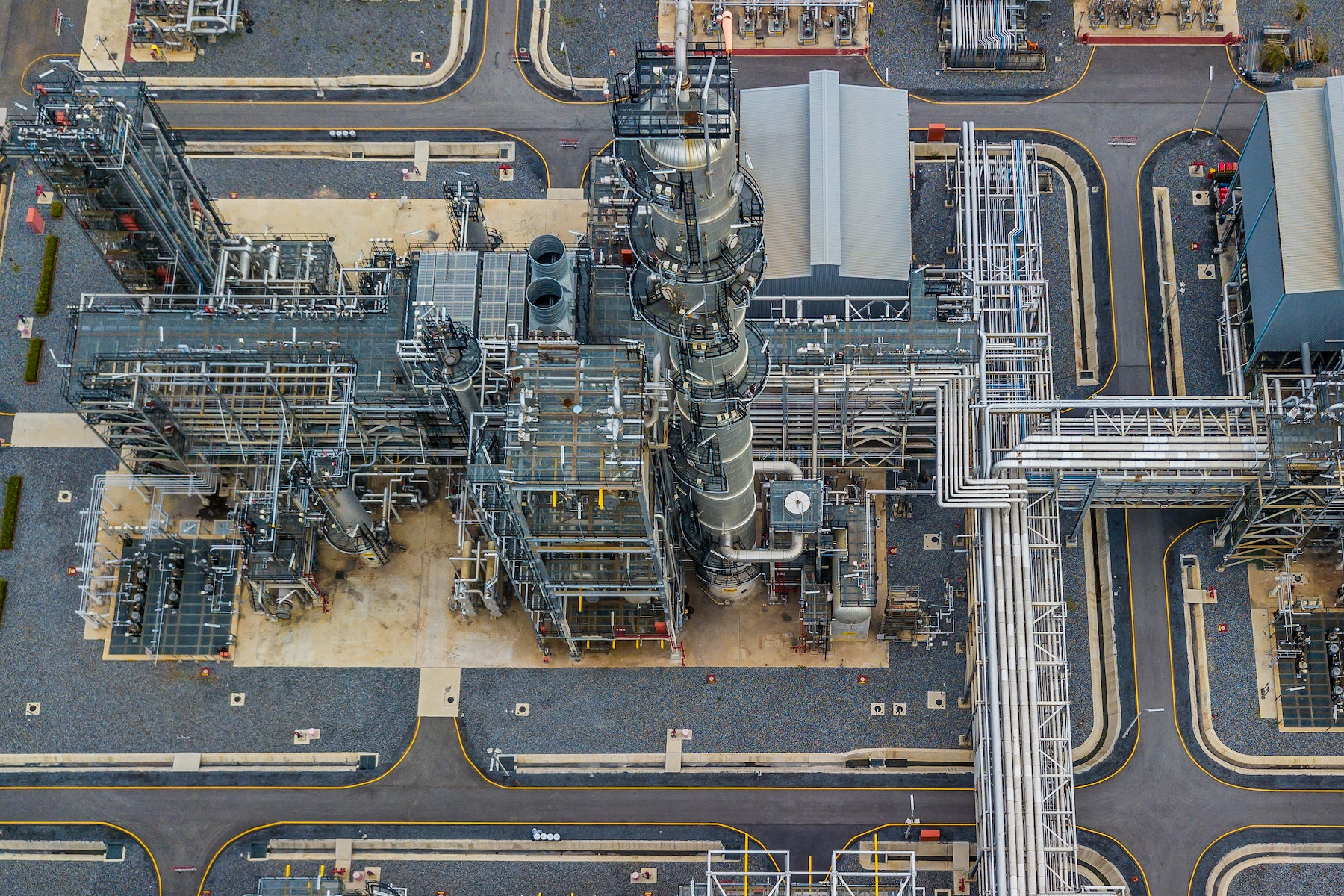 Hydrogen and its derivatives should play an important role in the decarbonisation of those sectors where emissions are hard to abate and alternative solutions are either unavailable or difficult to implement, such as heavy industry, shipping, aviation and heavy-duty transport.

The momentum behind hydrogen remained strong over the past year. Nine countries – which cover around 30% of global energy sector emissions today – released their national strategies in 2021-2022. Hydrogen demand grew in new applications, although from a very low base, reflecting accelerated deployment of fuel cell EVs, particularly in heavy-duty trucks in China. Some key new applications for hydrogen are showing signals of progress, particularly in the steel sector where announcements for new projects are growing fast just one year after the start-up of the first large pilot project for the use of pure electrolytic hydrogen in direct reduction of iron. In transport, the first fleet of hydrogen trains started operating in Germany and major shipping companies have signed strategic partnerships to secure the supply of hydrogen and its derivative fuels in the short term. On the supply side, electrolyser manufacturing capacity has doubled since last year, reaching nearly 8 GW per year; and the realisation of all the projects in the pipeline could lead to an installed electrolyser capacity of 134-240 GW by 2030, twice the expectations from last year.

Nonetheless, these laudable developments still are below what is needed to get on track with the Net Zero Emissions by 2050 Scenario. Faster action is required on creating demand for low-emission hydrogen and unlocking investment that can accelerate production scale up and deployment of infrastructure.

In the Net Zero Scenario, the use of low-emission hydrogen and hydrogen-based fuels lead to modest reductions in CO2 emissions in 2030. The contribution of hydrogen technologies is significantly lower than the contributions of other key mitigation measures, such as the deployment of renewables, direct electrification and behavioural change. However, hydrogen and hydrogen-based fuels can play an important role in sectors where emissions are hard to abate and where those other mitigation measures may not be available or would be difficult to implement. Hydrogen's total contribution is also larger in the longer term as hydrogen-based technologies mature.

Current production of hydrogen, mainly used in the chemical and petrochemical sectors, is responsible for more than 900 Mt of CO2 emissions – switching those sectors to low-emission hydrogen use is a priority. Replacing unabated fossil fuel-based hydrogen with low-emission hydrogen in these applications presents relatively low technical challenges as it is a like-for-like substitution rather than a fuel switch.

New applications scale up rapidly after 2030 in the Net Zero Scenario, although they also contribute ahead of 2030. Low-emission hydrogen and hydrogen-based fuels are an important tool for the decarbonisation of heavy industry and the long-distance transport sector, particularly in applications where other clean energy alternatives, such as direct electrification, present technical challenges or cannot be implemented:

While hydrogen applications provide comparatively small total emission reductions by 2030 in the Net Zero Scenario, they play a fundamental role in sectors where emissions are hard to abate

Global hydrogen demand reached 94 Mt in 2021, a 5% increase on demand in 2020, driven mainly by the recovery of activity in the chemical sector and refining. Moreover, hydrogen demand surpassed its historical maximum of 91 Mt achieved in 2019. However, most of this demand was met by hydrogen produced from unabated fossil fuels, with deleterious effects on the climate.

Hydrogen demand remains concentrated in traditional applications in the refining and chemical sectors, with very limited penetration in new applications. Demand in new applications, such as transport, high-temperature heat in industry, hydrogen-based DRI, power and buildings, grew by 60% in 2021 to reach around 40 kt H2, which only represents 0.04% of global hydrogen demand. Most of this demand is concentrated in road transport, which observed a significant increase as a result of the accelerated deployment of FCEVs, particularly fuel cell heavy-duty trucks in China. The good news came from several demonstrators of key end uses entering operation: chemicals production (Iberdrola-Fertiberia Project in Spain), iron and steel (Hybrit project in Sweden) and power generation (JERA project in Japan). Bringing these technologies to commercialisation as soon as possible is critical to unlock a significant fraction of demand in these new applications.

Hydrogen production today is primarily based on fossil fuel technologies, with over a sixth of the global hydrogen supply coming from “by-product” hydrogen, mainly from facilities and processes in the petrochemical industry.

Over the last year, 9 governments have adopted a hydrogen strategy. This has raised to 26 the total number of governments that have committed to adopt hydrogen as a clean energy vector in their energy system.

A very small number of policies target industrial applications, despite accounting for the majority of current hydrogen demand and representing the best short-term opportunity to create demand for low-emission hydrogen. Low-carbon fuel standards or renewable transport obligations, which can facilitate the uptake of low-emission hydrogen in refineries, are currently in place in Canada, the United Kingdom and California, and the Dutch government announced that the use of renewable hydrogen in refineries will count towards the renewable fuel transport obligation from 2025. Similarly, the adoption of quotas and mandates is another tool that governments have started to consider to support demand creation in industry, aviation and shipping, although none of the announced quotas has entered into force yet or is legally binding. Other applications, such as power generation, are well behind in terms of policy action, with only a few examples available.

There is still a lack of policies to create demand for hydrogen, particularly in key applications

Public funding for hydrogen R&D observed its largest annual increase in 2021, with a 35% increase compared with 2020. Hydrogen technologies received around 5% of the total R&D budget for clean energy technologies. European countries were the main contributors to this increase, nearly doubling their expenditure.

Governments are also stepping up efforts to stimulate strategic demonstration of key hydrogen technologies, with numerous new programmes in place:

Support for R&D and demonstration is growing, with Europe and the United States spearheading efforts

Beyond individual national efforts, international cooperation is paramount to align objectives, increase market size and promote knowledge-sharing and the development of best practices. Over the past year, 15 new bilateral international agreements between governments have been signed, most of them focused on the development of international hydrogen trade. In the private sector, companies have joined forces to develop first-of-a-kind technologies and international supply chains. The Port of Rotterdam is the most active organisation on this front, with several memorandums of understanding and partnerships in place, mostly with the objective of exploring opportunities to import hydrogen.

International cooperation keeps growing, both in the public and the private sectors

Demand creation for low-emission hydrogen is lagging behind what is needed to put the world on track with the Net Zero Scenario. Carbon pricing can help to close the cost gap between low-emission hydrogen and its fossil-based competitors, but it is not enough. A wider adoption of carbon prices combined with other policy instruments such as auctions, mandates, quotas and hydrogen-specific requirements in public procurement can help industry de-risk investment and improve the economic feasibility of low-emission hydrogen.

Stimulating demand can prompt investment in these areas, but without further policy action, this process will not happen at the necessary pace to meet climate goals. Providing tailor-made support to selected, shovel-ready flagship projects can kick-start the scaling up of low-emission hydrogen and the development of infrastructure and manufacturing capacity from which later projects can benefit.

There is an urgent need to demonstrate key hydrogen technologies to make sure that they reach commercialisation as soon as possible and are ready to deliver CO2 emission savings at scale by 2030. Unlocking the full potential demand for hydrogen will require strong demonstration efforts over the next decade in hydrogen end-use applications in heavy industry, long-distance road transport, aviation and shipping.

The adoption of hydrogen as an energy vector will result in the development of new value chains. This will require the modification of current regulatory frameworks and the definition of standards and certification schemes that can remove barriers preventing widespread adoption. An international agreement is needed on a methodology for calculating the carbon footprint of hydrogen production to ensure that hydrogen production is truly low-emission and to assist the development of a global hydrogen market.

The adoption of low-emission hydrogen as a clean energy vector presents technology challenges. First movers will face risks due to a lack of knowledge and market uncertainty; however, completing demonstration projects to gain operational experience and develop in-house know-how can position them ahead of their competitors at the moment when deployment of the technology scales up.

The new value chains emerging from the use of hydrogen as an energy vector will be complex and require coordination among multiple stakeholders. By bringing together actors from across the entire value chain, these alliances can facilitate knowledge transfer and project management, help deal with the “chicken and egg” problem of hydrogen production and use, and enhance competitiveness, thus increasing the chances of success.

The IEA Hydrogen Technology Collaboration Programme aims to accelerate the deployment and use of hydrogen technologies by carrying out and co-ordinating collaborative analysis, applied research and communications.

The IEA Advanced Fuel Cells Technology Collaboration Programme examines the opportunities and barriers to fuel cell commercialisation in depth to foster the international development of technologies and their applications, and to convey key messages to the community, the IEA, policy makers and the general public.