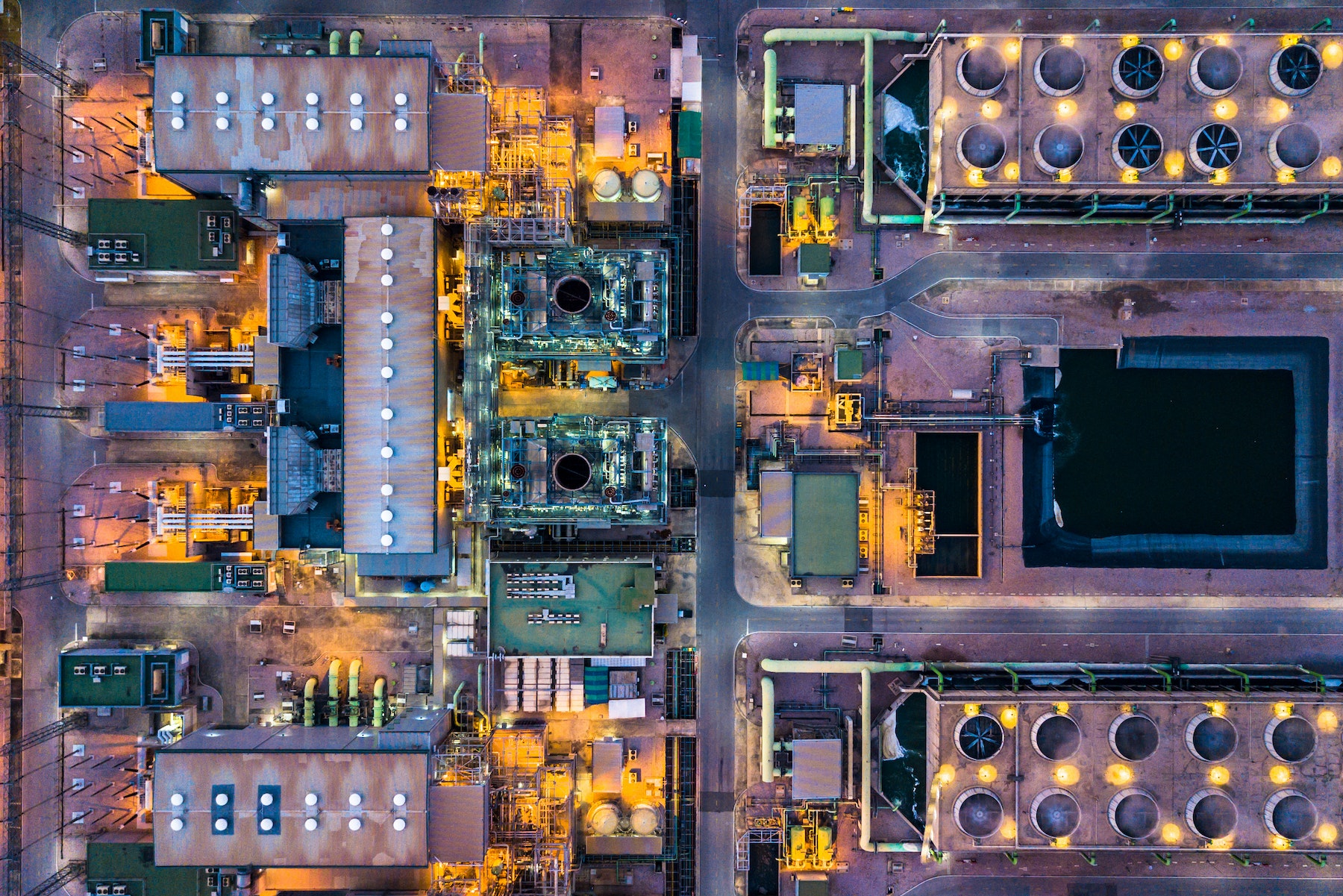 In 2021 district heat production increased by around 3%  compared with 2020 and met nearly 8% of the global final heating need in buildings and industry. District heating networks offer great potential for efficient, cost-effective and flexible large-scale integration of low-carbon energy sources into the heating energy mix.

However, the decarbonisation potential of district heating is largely untapped, as fossil fuels still dominate district network supplies globally (about 90% of total heat production), especially in the two largest markets of China and Russia.

Aligning with the Net Zero Emissions by 2050 Scenario requires significant efforts to rapidly improve the energy efficiency of existing networks, switch them to renewable heat sources (such as bioenergy, solar thermal, heat pumps and geothermal), integrate secondary heat sources (such as waste heat from industrial installations and data centres), and to develop high-efficiency infrastructure in areas with dense heat demand.

China, Russia and Europe are responsible for more than 90% of global district heat1 production.

The global district heating market is growing, but decarbonisation efforts were not enough to curb associated emissions

In 2021 the amount of heat produced for district heating networks globally was nearly 16 EJ, about 10% more than a decade earlier. However, district heating supplies still accounted for only about 8% of total final heat consumption globally.

Nearly 90% of district heat globally was produced from fossil fuels in 2021 – predominantly coal (over 45%), especially in China, natural gas (about 40%), in particular in Russia, and oil (3.5%) – down from about 95% in 2000. Renewables represented less than 8% of global district heat supplies. While bioenergy and municipal waste account for the large majority of renewable district network supplies, large-scale solar thermal systems and heat pumps are seeing growing interest. At the end of 2021 almost 300 solar district heating systems representing 1.6 GWh were in operation worldwide.

Europe currently leads renewables integration in district heating, with about 25% of its district heat supplies produced from renewable sources. Particularly high rates are observed in countries such as Sweden, Denmark, Austria, Estonia, Lithuania, Latvia and Iceland where more than 50% of district heat is fuelled by renewables.

Many buildings and industrial sites rely on district heating, ranging from large urban networks in Beijing, Seoul, Milan and Stockholm to smaller networks such as university and medical campuses.

Around 40% of the heat generated globally in district heating plants is consumed by the buildings sector. Globally, district heating supplies a relatively small share of the heat used in buildings, at only 11% of the sector's final space heat consumption – a share that has remained impressively constant since 2000, considering that the floor area increased by 65% during the same period. However, while the global average share is low, district heating does cover a high proportion of the heat delivered in buildings in some European countries, such as Denmark (around 65%) and Sweden (above 45%), as well as in Russia (about 40%) and China (above 15%).

Around 40% of the heat generated globally in district heating plants goes to the industrial sector, which also affects a network’s ability to reduce distribution temperatures, as industrial users often require high-temperature heat. Using heat pumps to increase temperatures at local substations can offer solutions in some cases. China leads industrial district heat use, accounting for about 55% of the global total in 2021, up from around 35% in 2010. By contrast, Russia’s share fell to less than 25%, down from more than 35% in 2010.

The market is expanding, and new projects were announced in 2021 and the first half of 2022, including some with low-emission energy sources.

In 2021, 44 new large-scale solar heating systems were built, with a total capacity of 142 MWth. Denmark hosts the largest solar thermal district heating capacity. However, due to a policy change, the Danish market collapsed in 2020, with only one new solar district plant and three extensions built in 2020 and only one new system commissioned in the country in 2021. The largest developments in solar thermal district heating in 2021 occurred in China, which represented three-quarters of the global market.

Projects integrating secondary heat sources – that is, heat obtained through waste heat recovery – are also on the rise. In 2022 an energy company in Vienna, Austria, launched a heat-recycling programme that intends to take advantage of the warm water (30°C) from local thermal baths with the use of a heat pump. Another example from Austria is the district heating system exporting waste heat from Interxion's data centre to the neighbouring Floridsdorf Hospital in Vienna. The Austrian federal government is funding the project with a EUR 3.5 million subsidy. In Ireland, the construction of the country’s first large-scale district heating network started in May 2021. The Tallaght District Heating Scheme uses waste heat from a local data centre to heat different public, residential and commercial buildings in the Tallaght town centre area.

Greater heat source diversification (especially shifting from fossil fuels to renewables, electricity and excess heat) and the integration of both large-scale and decentralised consumer heat pumps will propel the transition towards lower-temperature and more flexible district heating networks – a progression from third-generation to what is called fourth-generation district heating, and alternatively, the electricity-based and decentralised fifth generation Innovations are principally related to:

The Global District Energy Climate Award has been in place since 2009 to identify best practices and innovations in district energy, and the last edition in 2021 nominated seven winners. The annual International DHC+ Student Awards (launched in 2012) highlight outstanding and original contributions to district heating and cooling-related research, including economic and technological aspects, energy management and the environmental consequences of energy utilisation.

Many networks operating today distribute heat by pipe as pressurised water at supply temperatures of over 80°C, with heat losses ranging from 10% to 30%. The renovation of existing networks towards lower operating temperatures, improved piping insulation and integration of digitalisation techniques can significantly reduce heat losses, potentially containing them below 10%. In Northern China, projects to limit losses even with very long-distance transmission networks (20-150 km, to exploit waste heat) are ongoing.

Demand response can be employed for peak-shaving, reducing installed capacity requirements and also optimising overall network operations, including loss reduction. For example, as part of its modernisation process, the district heating system of Bolzano, Italy, introduced a control system that reduced overall energy losses by up to 5%.

Modern telemetering also opens opportunities for demand-side management, as in the electricity market. Adequate pricing mechanisms – such as tailored pricing based on the quantity of energy used and the time of consumption – can give signals to the final users and reduce the load on the district heating network, reducing losses and heat consumption.

This should be done in a holistic way, supporting the transition both from the network side and final use side.

A holistic and systemic approach is needed to optimise heat distribution, integrating district heating and the buildings it serves

District heating deployment is often spurred by the benefits it can offer (economies of scale, energy efficiency, reduced pollution, etc.) and by national/local policy frameworks. Policies that prompt greater district heating penetration and modernisation have been linked to:

Improved collaboration, transparency and communication between stakeholders are an essential condition for sharing and expanding best practices. For instance:

In addition, building capacity for energy and infrastructure mapping at the local level allows advanced urban planning practices to integrate energy, infrastructure and land planning. For instance, excavation costs for district energy systems could be shared with other infrastructure construction projects, and district heating expansion could be co‑ordinated with building renovations.

Building and expanding district heating networks is highly capital intensive, and market expansion requires investors to have visibility and be supported by long-term measures. These can include specific financing tools, stable economic incentives (which can be financed through land value capture strategies), regulation to define and mandate connection zones thus ensuring an anchored load and economies of scale, and the integration of specific criteria into buildings energy codes. Policy makers should also streamline administrative procedures for modern district heating projects.

Improving the technology and expanding its application in the longer term calls for allocated funding for research and innovation to optimise district heating system operation with high shares of renewable sources, for testing different technology solutions, and for establishing training programmes for all stakeholders involved.

Storage is another key parameter to optimise in order to enhance both short- and long-term flexibility. District system operators can exploit the storage potential of the network itself, as well as decentralised storage at the consumer level.

The IEA District Heating and Cooling Technology Collaboration Programme deals with the design, performance and operations of district heating and cooling systems, helping them contribute to the achievement of broader climate objectives.