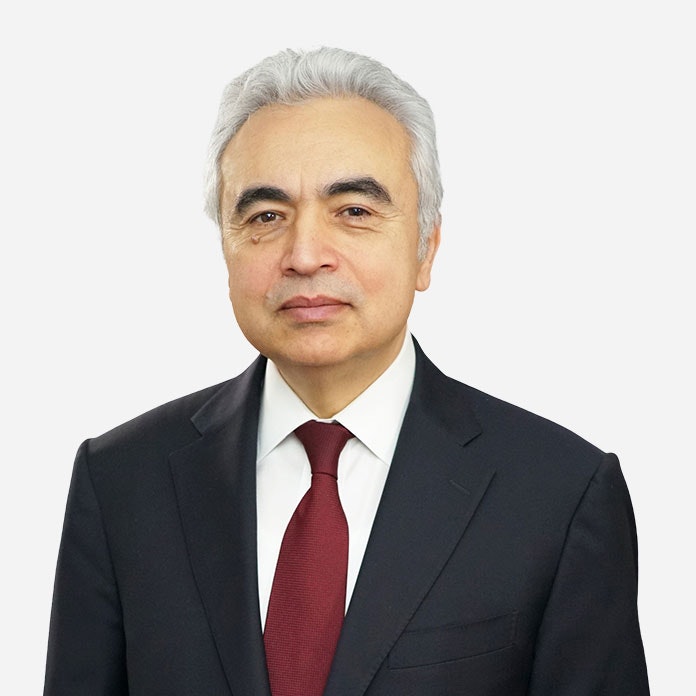 Dr Fatih Birol (@fbirol) has served as Executive Director of the International Energy Agency since 2015. Under his leadership, the IEA has moved to the forefront of global efforts to reach international climate goals while ensuring that the social and economic impacts of clean energy transitions are at the heart of policy-making and energy security is safeguarded.

After taking office, Dr Birol led the IEA in its first comprehensive modernisation programme since its creation in 1974. These efforts focused on “opening the doors” of the IEA to major emerging economies including Brazil, China, India and South Africa; making the IEA the global hub for clean energy transitions; and broadening the IEA’s energy security focus beyond oil to also cover electricity, natural gas, renewables and the critical minerals needed in many of today's clean energy technologies. With new governments joining the IEA, under his tenure the Agency’s share of global energy demand has risen from 40% to 75%.

Dr Birol took up his current positon after rising through the ranks of the IEA over two decades. He joined as a junior analyst in the mid-1990s and rose to the position of Chief Economist responsible for the IEA’s flagship World Energy Outlook. Dr Birol has been named in the TIME100, TIME's annual list of the world's most influential people. He has also been named by Forbes as one of the most influential people in the world of energy and by the Financial Times as the Energy Personality of the Year. He chairs the World Economic Forum’s (Davos) Energy Advisory Board. He is the recipient of numerous state decorations, including the Japanese Emperor’s Order of the Rising Sun, the Order of the Polar Star from the King of Sweden and the highest Presidential decorations from Austria, Germany and Italy.

Before the IEA, Dr Birol worked at the Organisation of the Petroleum Exporting Countries (OPEC) in Vienna for six years. He earned a BSc degree in power engineering from the Technical University of Istanbul and received an MSc and PhD in energy economics from the Technical University of Vienna. Dr Birol was awarded a Doctorate of Science honoris causa from Imperial College London in 2013. He is an honorary life member of Galatasaray Football Club. 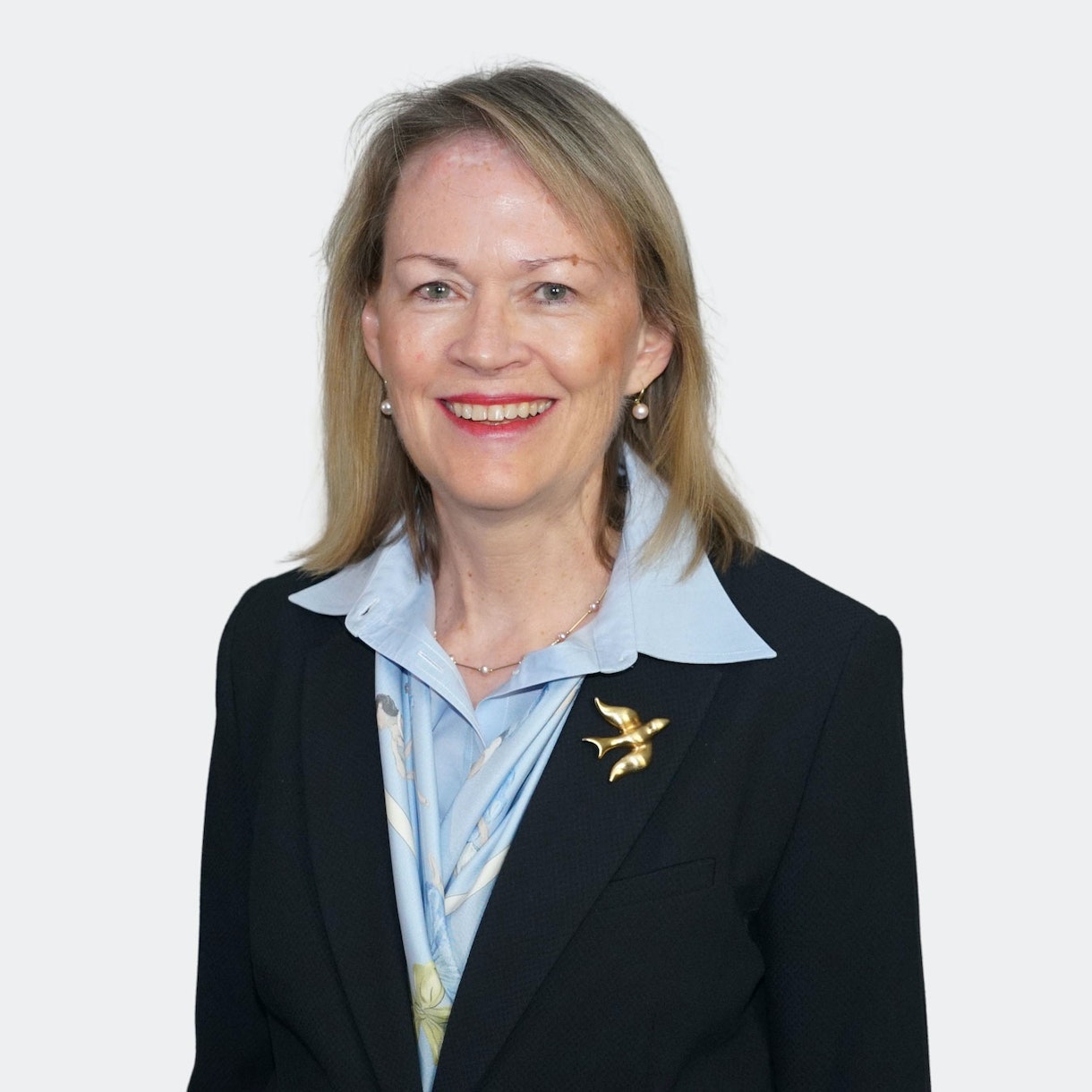 Mary Warlick (@AmbMaryWarlick), a retired senior career diplomat and former U.S. ambassador to Serbia, led the State Department’s Bureau of Energy Resources as the Acting Special Envoy and Coordinator for International Energy Affairs from January – September 2017 and served as the Principal Deputy Assistant Secretary from 2014 to 2017. In these roles, she advised the Secretary of State on energy diplomacy initiatives to promote global energy security, energy access and governance across Europe, Asia, Latin America, Africa and the Middle East. During this time, she served for three years as a U.S. representative on the IEA Governing Board and as Chair of the Standing Group on Long-Term Cooperation. Since then, she has served as team leader for the IEA’s recent in-depth peer reviews of the energy policies in the Netherlands and Canada.

During her diplomatic career, Ms. Warlick held a variety of other senior leadership positions in Washington and overseas at the Department of State, the National Security Council, and the Department of Defense. In particular, she has extensive foreign policy experience working on Russia, Ukraine and Eurasia, including previous assignments as Special Assistant to the President and Senior Director for Russia, Deputy Assistant Secretary of Defense for Russia, Ukraine and Eurasia, and Director of the State Department’s Office of Russian Affairs and the Office of Ukraine, Moldova and Belarus Affairs. She also served as Minister-Counselor for Economic Affairs at the U.S. Embassy in Moscow and as U.S. Consul General in Melbourne, Australia, with earlier assignments in Germany, the Philippines, and Bangladesh.

Ms. Warlick holds a B.A. in Political Science from Valparaiso University in Indiana, and an M.A in Law and Diplomacy from the Fletcher School of Law and Diplomacy. In addition to her prior service on the IEA Governing Board, she served previously on the board of the Extractive Industries Transparency Initiative. She is a recipient of The Secretary of State’s Career Achievement Award, The Secretary of State’s Award for Public Outreach, and The Office of the Secretary of Defense Medal for Exceptional Public Service. 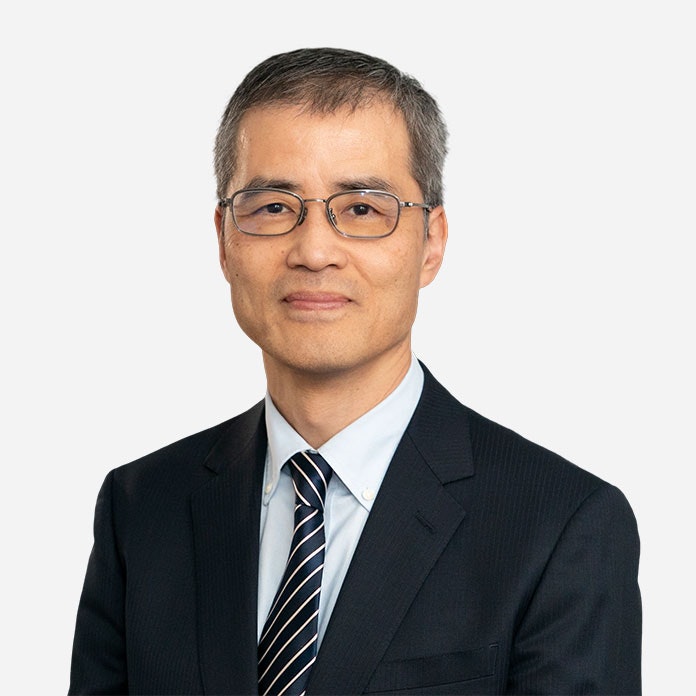 Keisuke Sadamori took up his duties as Director of the Office for Energy Markets and Security at the International Energy Agency in October 2012. Previously, he held the post of Deputy Director General for Policy Co-ordination at the Ministry of Economy, Trade and Industry (METI) in Japan. He had been involved with the IEA for a number of years as IEA Governing Board Representative for Japan and as Co-Chair of the Standing Group on Long Term Co-operation. Over the years, Mr Sadamori has served in the Cabinet of the Prime Minister of Japan and has co-ordinated numerous important projects, including work following the Fukushima-Daiichi accident in March 2011. 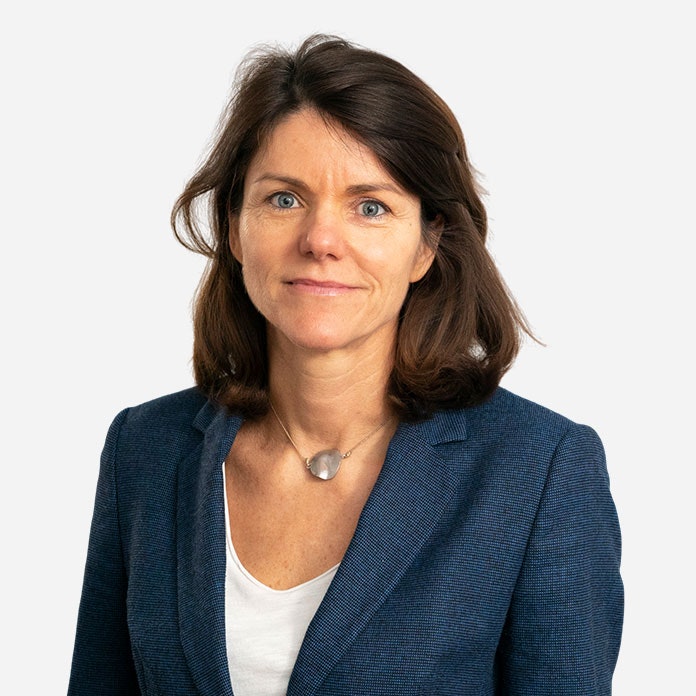 Mechthild Wörsdörfer (@MWorsdorfer) joined the IEA on 1 October 2018 as Director of Sustainability, Technology and Outlooks (STO). Ms Wörsdörfer plans and co-ordinates the IEA’s work on energy sustainability, encompassing clean energy technologies and climate change policy. Previously, Mechthild held several senior management positions in the European Commission, where she coordinated the work on the 2030 Energy and Climate Framework, the Clean Energy Package and the 2050 Energy Roadmap. She had been involved with the IEA for a number of years as IEA Governing Board Representative for the EU, and served in the Cabinet of Commissioners, in charge of industry, competitiveness, trade and digital economy. 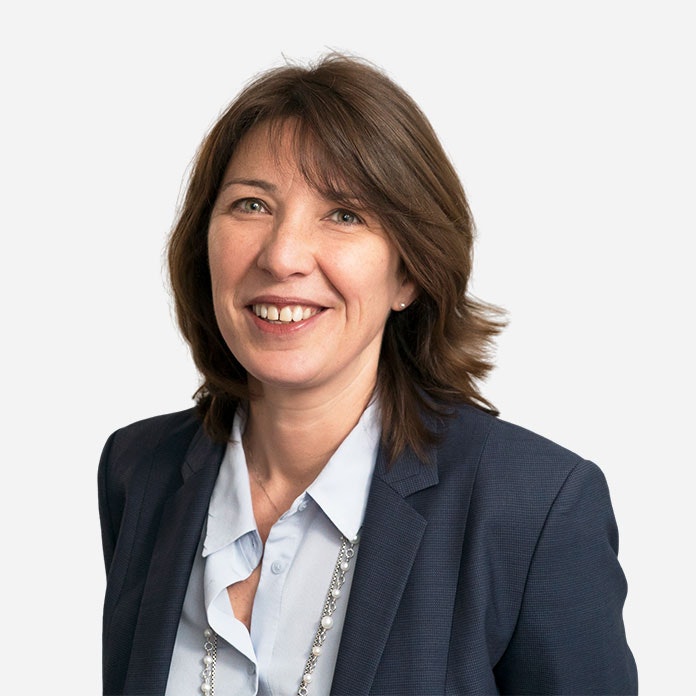 Claire Bouteille joined the IEA as Chief Management Officer in May 2013. As head of the Office of Management and Administration (OMA), she has overall responsibility for the Finance Unit, the Information Systems Unit, the Building and Operations Unit, and Human Resource issues. She was formerly the Head of Corporate Services at the British Embassy Paris, Foreign and Commonwealth Office, with direct responsibility for the leadership and management of that section, and responsibility for human resources, finance and budget management, information technology, communications, security, transport and logistics, and the bilateral Ambassador's Residence. 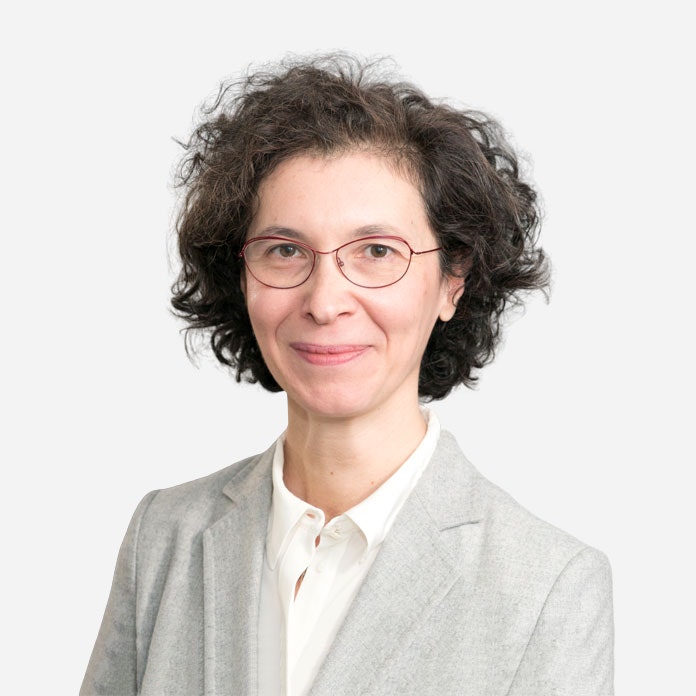 Laura Cozzi (@Laura_Cozzi_) was appointed the Agency’s Chief Energy Modeller in 2018. As Chief Energy Modeller Ms. Cozzi oversees the Agency’s work on outlooks and forecasts and is in charge of overall consistency of modelling work and resulting messages. Ms. Cozzi is also Head of the Demand Outlook Division with responsibility of producing the annual World Energy Outlook, the IEA flagship publication. The Division produces medium to long term energy demand, efficiency, power generation, renewables and environmental analysis for the World Energy Outlook and other publications. 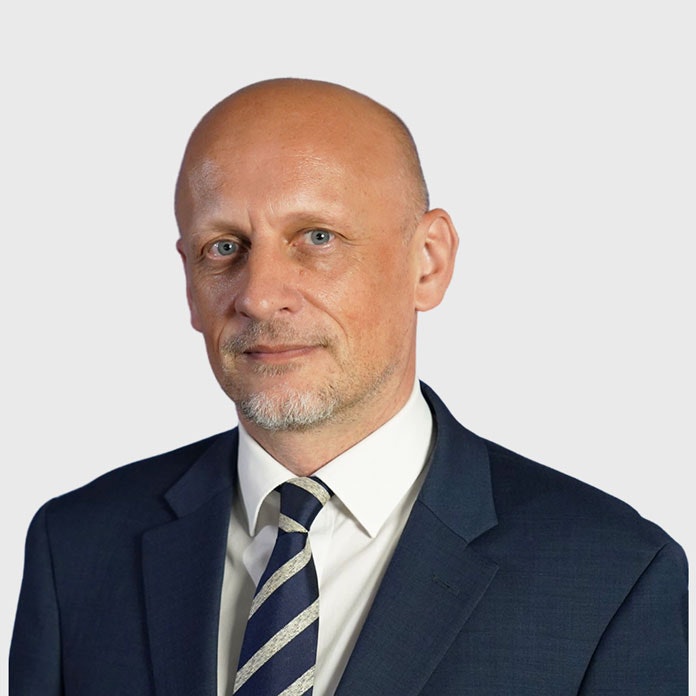 Tim Gould (@tim_gould_) was appointed the Agency’s Chief Energy Economist in 2021. As Chief Energy Economist, he provides strategic advice on energy economics across a wide range of IEA activities and analysis. Mr Gould is also Head of the Division for Energy Supply and Investment Outlooks, in which capacity he co-leads the World Energy Outlook, the IEA’s flagship publication, and oversees the Agency’s work on investment and finance, including the World Energy Investment report. 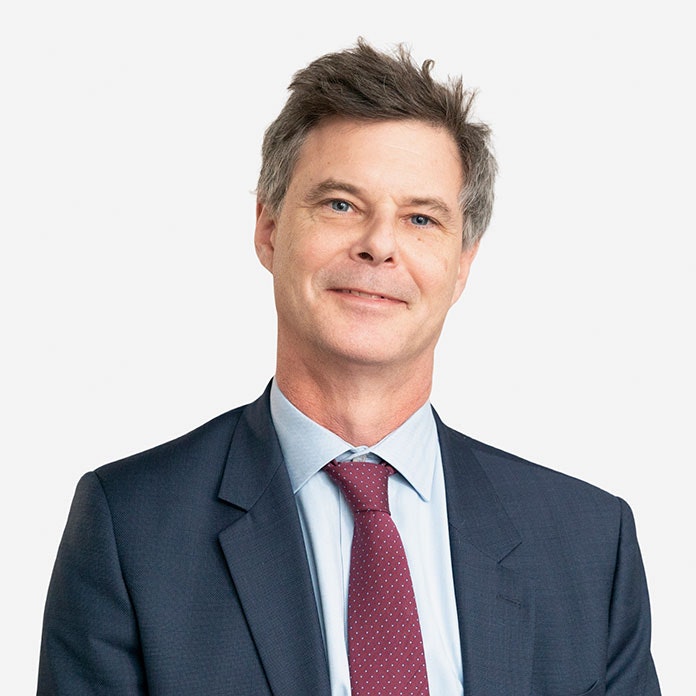 Nick Johnstone took up his duties as Chief Statistician and Head of the Energy Data Centre in February 2019. Previously he provided support to the work of the Committee on Industry, Innovation and Entrepreneurship (CIIE) in the Directorate for Science, Technology and Innovation at the OECD. He began his career at the OECD 1999, taking up the position of Head of the Empirical Policy Analysis Unit in the Environment Directorate. He previously held positions as a Research Associate at the International Institute for Environment and Development, and as a Research Officer at the Department of Applied Economics of the University of Cambridge. He holds a PhD in Economics from the University of Cambridge (UK), and has published widely in leading journals in the areas of energy, innovation, and environmental economics. 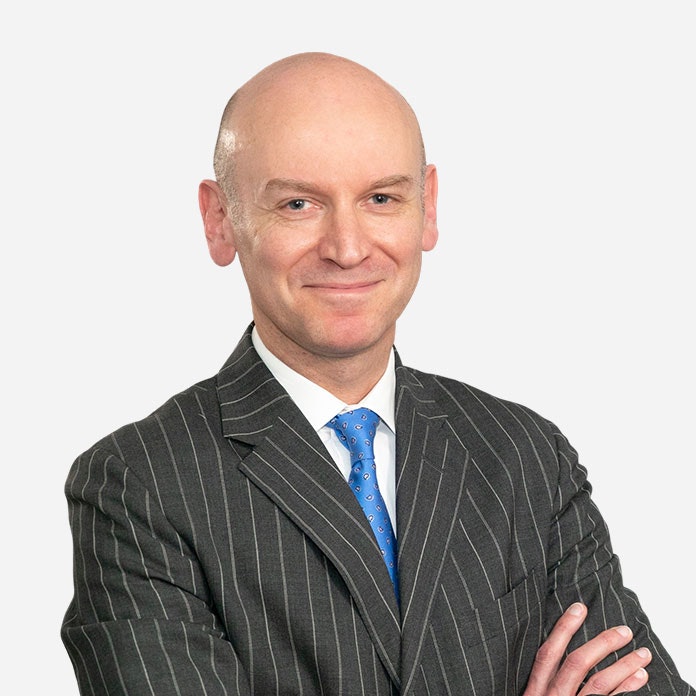 Pascal Laffont took up his duties as Chief Legal Counsel and Secretary to the IEA Governing Board, in June 2012. His previous post was in Doha for the Government of Qatar (2010-2012). Before that, he served in the Energy Charter, Brussels (2001-2010). He started his professional life in legal private practice in London and Hong Kong (1996-2001). He qualified as a lawyer in France and England and is admitted to practise law in England and Hong Kong. Pascal Laffont is a Senior Executive Fellow, Kennedy School of Government, Harvard University. 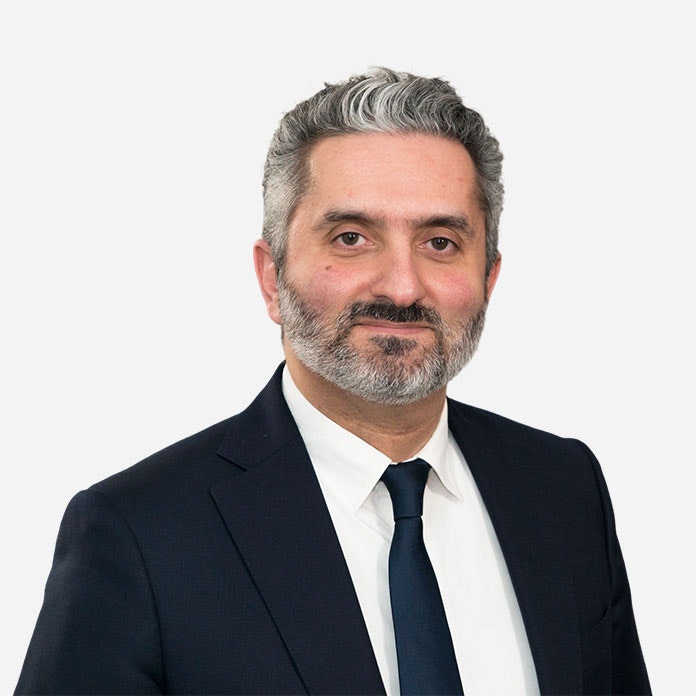 Head of the Communication and Digital Office

Jad Mouawad (@jadmouawad) was appointed as head of the IEA’s Communication and Digital Office in September 2019. He oversees the IEA’s public and media relations, digital and social media strategy, publications, product strategy and sales, and is responsible for the IEA’s digitalization initiative. He joined the IEA in 2016, as head of the news, information and multimedia unit. A reporter for nearly two decades, he previously worked for The New York Times where he covered the global energy industry, airlines and transportation.